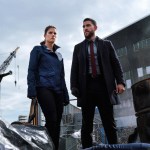 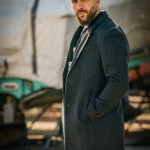 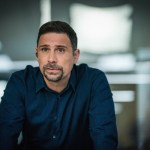 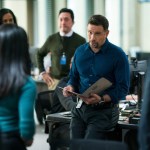 The season 1 finale of ‘FBI’ airs May 14 but the show will be returning for a second season in the fall. HL spoke EXCLUSIVELY with Missy Peregrym about what she’d like to see in season 2 and more.

The FBI season 1 finale is taking high stakes to a whole new level. A woman with information about the death of Maggie’s husband is abducted, leading OA and the team to uncover a criminal operation larger than anyone imagined. Also, Dana puts her career in jeopardy when she stands by and allows Maggie to work on this case that has such a personal connection to her. The hit CBS series has already been renewed for season 2 and HollywoodLife talked EXCLUSIVELY with Missy Peregrym about her season 2 hopes.

“I mean, for me, what I would love to see personally is the dynamic of the characters,” Missy told HollywoodLife. “I would like to see more personal things happen between them as we are doing our job because that is what I find really interesting. Look, if we are going to go for a really long time there are only a certain amount of things that the FBI can handle. You know, we are going to get a lot of bombs, a lot of threats, massacres. But how are we going to do our job? Because I do care about us and why does it matter? And those things get to be defined and I really think we have this excitement because we have a season 2. They have been really able to plan for this and think about these things because the first year is really tricky to figure out what your look is and what your rules are for this world and so what I would love to see is more character dynamics with work.”

Missy teased that the finale “won’t be disappointing in terms of you being surprised at something that happens. I was surprised when I read it. We will be giving a really high stakes episode. It’s the finale, so the pressure is that we deliver so people come back!”

FBI was co-created by Dick Wolf, who also executive produces the series. Dick Wolf series — Law & Order: SVU, Chicago shows, and more — have longevity, that’s for sure. HollywoodLife asked Missy whether she’d be down for a possible FBI movie down the road. “I think it depends on how long we will go for,” Missy said. “I think so, but it just kind of depends on what you get to do in that time. For example, Rookie Blue had 6 seasons but I guarantee it would be really awesome to do a movie and it would be really fun to see where people were. We built it enough to jump however many years we were away from that and make a movie. We are not going to but that would work. I mean SVU has been on for 20 years, so you don’t have time to make a movie. This is not that type of thing. It works on some of the newer models of how they make television with shorter sprints and you are not spending all this time with people. I mean a 22-episode season is rare. I have never worked on a show like this before. They just don’t make them anymore. I haven’t seen scripts come in like this all the time.”