In the aftermath of Jenelle Evans’ husband, David Eason, killing her dog, authorities have removed two of her children — Jace, 9, and Kaiser, 4 — from their N.C. home.

Columbus Country Child Protective Services have reportedly taken Jenelle Evans’ two oldest children, Jace, 9, and Kaiser, 4, our of the home she shares with husband David Eason, 30, after he fatally shot her beloved French bulldog, Nugget, reports TMZ. The publication’s sources say that Jace, whose father is Andrew Lewis, is currently with Jenelle’s mother, Barbara Evans. Jenelle, 27, can visit her boy, but due to CPS’s orders, Jace is no longer allowed to visit his mother’s home after the dog-killing incident. Kaiser was removed from Jenelle and David’s home on May 10 and is currently living with his father, Nathan Griffin, and Nathan’s mom, Doris.

“I’ve been fighting to get my son back,” Jenelle told Us Weekly, confirming that her young son was no longer in her custody (Kaiser was reportedly one of the children in the house when David beat and then shot Nugget). “Kaiser was taken from his daycare by his grandmother [Nathan Griffith’s mother, Doris] with no notice or call to me. CPS told Doris to take Kaiser without my consent and still have no legal paperwork signed by the judge stating my kids are taken from me.” A source also confirmed to HollywoodLife.com that Kaiser was now staying with Nathan’s mother.

While the Columbus County CPS is conducting its investigation, the children are not allowed to visit David and Jenelle’s home, according to TMZ. As for their daughter, 2-year-old Ensley, she’s still in the house because “authorities believe it’s treacherous to enter the property” due to David’s temper and his firearms,” reports TMZ.

When asked for a statement, Columbus County Child Protective Services told HollywoodLife.com that it “can not comment on any situation. We have no information to share.” Michelle Tatum, PIO for Columbus County, N.C. Sheriff’s Office, told HollywoodLife.com that they “do have an active investigation on animal cruelty regarding David Eason that was initiated on May 1st, 2019. Our investigation is still ongoing now, and we have no new information to release at this point. Any Child Protective Services action is separate from us, and you must contact them for any details.” 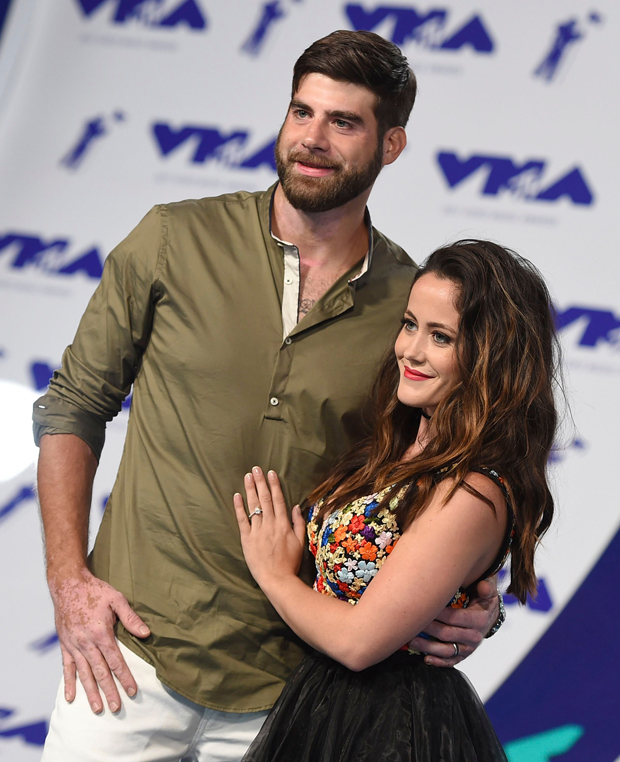 “I was never scared of my life or scared of my husband, but yes, I have been upset about what happened and still am,” Jenelle said when speaking EXCLUSIVELY with HollywoodLife.com after the incident, saying that her focus right now is on her “life, my kids, and my relationship.” However, she said the shooting made her “feel [like] he’s very cruel and doesn’t have a heart on many ends.”

David shot and killed Nugget after the dog reportedly snapped at their two-year-old. Both David and Jenelle are under investigation because of a complaint filed to the CPS, as someone called the department fearing for the children they were on the premises at the time of the shooting. Following the incident, MTV announced that they would no longer be shooting Jenelle for Teen Mom 2. “MTV ended its relationship with David Eason over a year ago in February 2018 and has not filmed any new episodes of ‘Teen Mom 2’ with him since,” the network said in a statement. “Additionally, we have stopped filming with Jenelle Eason as of April 6, 2019, and have no plans to cover her story in the upcoming season.”

“Killing a dog that did not have any child bleed or die, he should be facing jail time,” Teen Mom icon Farrah Abraham, 27, told HollywoodLife.com in an EXCLUSIVE interview.  “That is animal abuse and [David] is mentally unstable. I lost my dog last year, and I can only imagine [what] the kids and Jenelle are going through. Very sad.” Will Jenelle pull the trigger and divorce David? Her friends hope that she will, as we’ve EXCLUSIVELY heard they think “it’s an unhealthy situation for Jenelle and her kids, and wish she would make the decision to divorce him once and for all.”