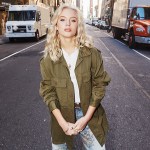 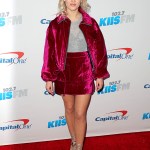 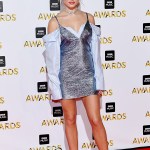 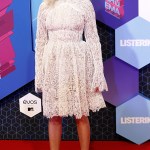 Zara Larsson responded to the drama between James Charles and Tati Westbrook when she took to Twitter to claim James sent her boyfriend Brian Whittaker direct messages when he knew he was straight.

Zara Larsson, 21, is adding her two cents to the headline-making feud between YouTube stars James Charles, 19, and Tati Westbrook, 37, and it turns out, like Tati, she has her own complaint about James. The singer took to Twitter on May 11 to respond to a tweet praising Tati for speaking out against James and in her response, she accused James of direct messaging her boyfriend of two years, Brian Whittaker, 19, multiple times on social media. “I’m cackling cause he hit up my boyfriend in the dms several times knowing damn well he’s straight,” Zara’s response read.

Zara’s shocking accusation comes after James lost one million of his over 16 million subscribers on his YouTube channel over the course of 48 hours. The rapid decline is most likely due to his former friend Tati making a video, which is now viral, about the serious reasons they’re no longer friends. In the video, the fellow beauty vlogger expressed her frustrations about James and his actions that left her feeling betrayed. She also accused him of trying to “trick a straight man into thinking he’s gay” and trying to “manipulate someone’s sexuality.” We have no knowledge as to whether there is any truth to this statement.

The drop in James’ subscribers isn’t completely surprising considering that after Tati posted her tell-all video, it didn’t take long for fans to take to Twitter to express their disappointment in the teen and even joke about the drama. “i want to lose weight just as fast as james charles lost 1 million of his subscribers,” one Twitter user wrote. “Tati exposing James Charles was iconic,” a second tweet read.

On May 10, after Tati posted her video about James and their ruined friendship, James took to his YouTube channel to post his own video to her that included a tearful apology. In the video, he talked about how upset and disappointed he was to have ruined the one friendship that meant the most to him. “I’m sorry for everything that is going on, everything that I’ve put you through over the past few weeks,” James said in the video. “I’m so disappointed in myself that I ruined my relationship that did mean the most to me, even though I didn’t show it all the time…What sucks the most is that I know there’s nothing I can say or do to ever earn that friendship or trust back.”