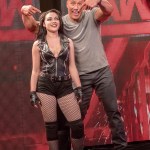 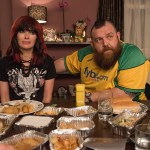 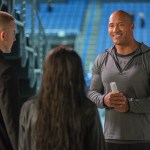 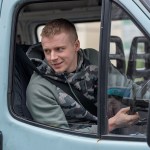 ‘Fighting With My Family’ will be released on Blu-ray May 14. HL is EXCLUSIVELY debuting a deleted scene from the Florence Pugh comedy.

Fighting With My Family is available on digital now and will be available May 14 on Blu-ray, DVD, and On Demand. The comedy, written and directed by Stephen Merchant, stars Florence Pugh, Lena Headey, Dwayne Johnson, and Vince Vaughn. Fighting With My Family is based on the incredible true story of WWE’s Paige. Paige, whose real name is Saraya Knight, is called out for changing her look in this EXCLUSIVE deleted scene. Paige is now rocking platinum blonde hair and more. Paige explains that it’s different in America because “they want glitz and glamour. Not some weirdo freak from Norwich.” When she’s questioned again about switching up her look, Paige walks away.

Born into a tight-knit wrestling family, Paige and her brother Zak, played by Jack Lowden, are ecstatic when they get the once in a lifetime opportunity to try out for WWE. But when only Paige earns a spot in the competitive training program, she must leave her family and face this new, cut-throat world alone. Paige’s journey pushes her to dig deep, fight for her family, and ultimately prove to the world that what makes her different is the very thing that can make her a star. Paige became the youngest Divas champion in the title’s history at age 21.

The bonus content exclusive to the Blu-ray includes a director’s cut. The bonus features on the Blu-ray and DVD include deleted and extended scenes, gag reel, feature commentary from writer/director, and Stephen Merchant and more. There’s also a featurette called A Family’s Passion: A Making Of, which takes you behind-the-scenes to see how the cast and filmmakers tell the story of this family’s passion for wrestling, their ambition for fame and success, and their undying love for one another. In addition, there’s Learning the Moves featurette, where you can discover how the cast, professional wrestlers, and filmmakers brought the wrestling to life.

HollywoodLife spoke EXCLUSIVELY with Paige about seeing her life on the big screen. Was anything hard to watch? “Nothing was hard to watch, but it was kind of difficult to see my brother go through it,” she told HollywoodLife. “His story is so wonderful but it just shows that success shouldn’t be measured by how famous you are or how many Instagram followers you have. He is so successful in the way that he is teaching disabled people how to wrestle. That is such a wonderful successful thing and I love that!”

Fighting With My Family was released in theaters on Feb. 14. The film is based on the 2012 documentary The Wrestlers: Fighting with My Family.