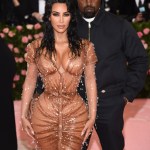 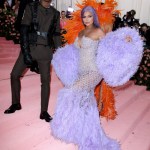 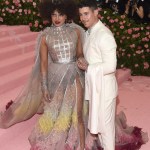 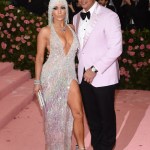 Jamie Foxx and Katie Holmes just reached a new milestone in their romance — they hit up their first big event as a couple, and were even filmed grooving in the same limousine en route to the Met Gala venue.

The day has finally arrived. The notoriously private Jamie Foxx, 51, and Katie Holmes, 40, just had their most public date yet at the 2019 Met Gala on May 6. The lovebirds, who have been linked to one another since 2013, arrived at Hollywood’s prom together but later separated on the pink carpet. However, they reconvened inside the venue, where — gasp — they actually posed by one another for photos, something they have never done at a high-profile event before. They were even filmed busting out their moves inside the limousine ride en route to the party (with a special cameo from Andrew Garfield).

Katie and Jamie even got some subtle color coordination going on. Katie graced the event in a multiple-hued purple gown from Zac Posen, and her fuchsia eyeshadow wasn’t the only complementary color to the couture piece. Although Jamie opted out of the “Camp” theme in a classic tuxedo (but there was a sparkly black panther on the lapel), we spied purple dress shoes on his feet. A sly nod to their romance, perfect for the longtime couple who has yet to speak of their romance in an interview or on social media.

Although Katie and Jamie have stayed out of the spotlight for years save for a PDA photo here and there, they have gone more public with their relationship in 2019. They were seen holding hands on April 16, and were seen linked hand in hand yet again on April 8 (that time with Jamie’s 25-year-old daughter Corinne accompanying them).

As you can see in the clip above, the breakup rumors are far behind Jamie and Katie. They were first sparked after Jamie apparently said “I’m single” at Byron Allen’s Oscars after-party on Feb. 24, but a source close to the Django Unchained star EXCLUSIVELY told HollywoodLife, “The rumors of a breakup and Jamie being single were very overblown.” The source elaborated, “They have been secret with their relationship for so long and that is what works for both of them.” Well, not so secret anymore!