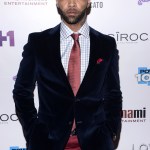 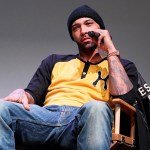 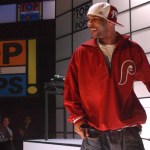 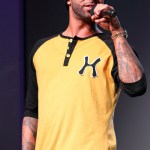 Joe Budden and Cyn Santana just got engaged right before Christmas but now it’s all over between the two. They’ve suddenly split and just unfollowing each other on social media.

Whoa, Love and Hip Hop fans probably didn’t see this one coming, as Joe Budden, 38, and Cyn Santana, 26, are done. He got down on one knee and proposed to her onstage during a live podcast on Dec. 18, 2018, but they just got in a huge fight and have split up. “Cyn is no longer wearing her engagement ring and she has wiped Joe from her page, they have split. It just happened, he’s gone on tour right now and they had a blowout fight. It’s very fresh,” a Love and Hip Hop insider tells HollywoodLife.com EXCLUSIVELY. The two also stopped following each other on social media.

“Hopefully they can work it out, they have their son and they have a lot of love. They are both very passionate, so hopefully this is a case of fighting hard and loving hard and the hope among their friends is that they will work this out. But as of now she is saying it is over. She seems very upset, hurt and angry,” the source continues..

We’ve reached out to Joe and Cyn’s reps to find out where things stand between the pair. Cyn’s fans immediately took notice on May 2 when there was suddenly no trace of her fiance and the father of her one-year-old son Lexington on her IG page. In her most recent photo of her sitting on a red sofa looking sexy, they peppered her with questions in the comments. One person asked What joe do? No pics” and someone responded to the poster by replying @joso_stayfly right! She even took ‘budden’ off her name 😩.” Another told Cyn, “Hope you and Joey work it out. Sending positive vibrations 💕.”

Over on Joe’s IG  he was getting hit with questions about why Cyn deleted him from her page. On a photo he posted earlier in the day speaking in front of a theater audience, “What you do to cyn 😩” one concerned fan asked while another echoed “What the f**k did you do now Joseph?” He still has pics of Cyn on his page, including the one from Dec. 18, when he dropped down on one knee and proposed to her onstage during a live podcast with the caption, “She. Said. Yes. Thank you God.”