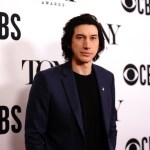 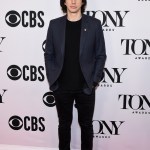 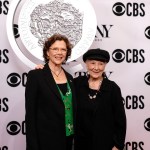 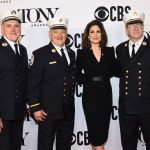 Jeff Daniels opened up about his critically acclaimed role as Atticus Finch in ‘To Kill A Mockingbird’ on Broadway.

Jeff Daniels is a powerful force throughout Aaron Sorkin‘s adaptation of Harper Lee‘s To Kill A Mockingbird as Atticus Finch. “He’s just a really good father, doing the best he can without a wife, raising two kids. He’s a small town lawyer, who gets paid in vegetables, and one day the judge comes over to his house and changes his life,” Daniels described Atticus’s backstory at the Tony Awards: Meet The Nominees event at the Sofitel Hotel in NYC. “That’s how he walked in the picture. He handles land disputes, foreclosure and he can write will, but he would prefer to stay out of the ‘white-black’ thing thank you very much!”

Daniels, who was nominated for the Tony for Best Actor In A Play for the role, continued to say that his portrayal of Atticus is derived from his father’s behavior while growing up in Chelsea, Michigan. “He’s the guy that everybody went to at six o’clock at night after work. Talked about lost of city council things they got going and he’s not even involved in it,” the actor explained. “He was great, wise, old Bob.” He added that another man by the name of Frank Johnson also inspires his portrayal of Atticus, revealing that Johnson was a federal judge in Alabama and went against precedent to desegregate busses and jail KKK members. “Frank Johnson could have been something that Atticus grew up to be if his story continued,” Daniels said to the group of journalists.

“As divided as this country is, and racism seems to big part of that now, it seemed to be upfront, and that button has been pushed on people,” he continued. “It was the perfect time for Harper Lee’s book, which is now a play.”

The Tony Awards will be held at Radio City Music Hall on June 9th, hosted by James Corden and airing live on CBS. Check out the rest of our Tony Contenders here.