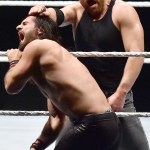 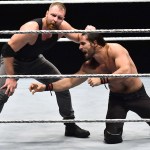 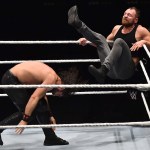 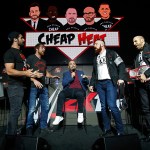 Dean Ambrose is done with WWE, but now he’s ready to start a new chapter. The wrestler teased the return of ‘Jon Moxley’ in an epic video that has fans so hyped up.

Dean Ambrose is back — as Jon Moxley. Jon Moxley’s return was teased in a video that dropped on Twitter on May 1. He’s starting the month off right! Dean Ambrose’s 8-year run with WWE ended at the end of April, but the 33-year-old wrestler, whose real name is Jonathan Good, has plans for Jon Moxley. The teaser video was epic in scale, featuring Jon Moxley breaking out of prison. He punches down the walls, climbs up fences, and gets his hands tangled in barbed wire while trying to avoid police. Jon escapes and goes on the run. The final seconds of the trailer show Jon Moxley showing his face and his bloody hands.

Fans got excited the second the teaser video hit the internet. Some fans believe that Jon Moxley will be making his way to AEW (All Elite Wrestling). “Jon Moxley for AEW!!!” one fan tweeted. Another wrote, “The question is did AEW make this? I’m very happy for Jon Moxley. That dude is hardcore AF. WWE messed up on this one! #wwe #aew.”

WWE revealed in January 2019 that Dean would not be renewing his contract. Dean did not participate in WrestleMania 35. He made his last appearance alongside The Shield on April 21.

The professional wrestler performed as Dean Ambrose throughout his tenure with WWE. He performed under the ring name Jon Moxley between 2004 and 2011 when he was working the independent circuit. The wrestler isn’t done with the ring yet, that’s for sure.