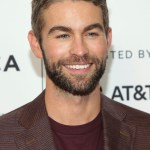 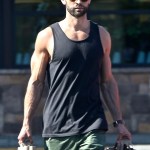 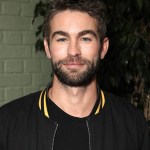 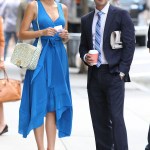 Chace Crawford and his girlfriend of three years Rebecca Rittenhouse have parted ways. The ‘Gossip Girl’ star revealed he was single in a recent interview.

If you – like everyone else who watched Gossip Girl in middle school – ever had a huge crush on Nate Archibald, then you’ll be interested to hear that he’s newly single. Yep, Chace Crawford and Rebecca Rittenhouse have quietly split up after three years of dating, according to Us Weekly. (Also, please imagine that this entire article is being read to you in Kristen Bell‘s voice. Thanks.)

The 33-year-old actor recently implied that he was back on the market while discussing his relationship status in an interview with the outlet. “I’ve been dating around a little bit, but, you know, nothing serious,” he told the magazine at the 2019 Tribeca Film Festival’s screening of The Boys in New York City on April 29. So Upper East Siders, if you’re dying for a chance to make a move on Chace, now’s your chance – and luckily, he provided some intel on how to win him over. “Listen, some Knicks tickets, a pizza,” he told Us Weekly with a laugh. “That’s it!”

The Blood and Oil costars first began dating in July 2015 after they celebrated Chace’s 30th birthday together in West Hollywood. ““Rebecca was by Chace’s side most of the night,” an insider told Us Weekly at the time, while another source said they “had great chemistry on set.” The pair made one of their last joint appearances as a couple at Netflix‘s Golden Globes afterparty in Beverly Hills in January 2018.

HollywoodLife reached out to Chace and Rebecca’s representatives for comment, but did not receive an immediate response.