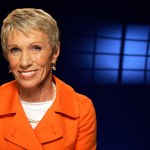 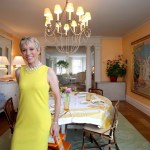 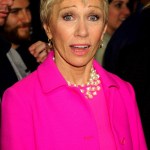 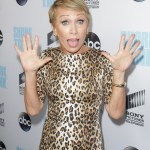 Barbara Corcoran took the concept of ‘getting older’ to a whole new level by getting inside a coffin — at her own birthday party. Not all fans appreciated the ‘Shark Tank’ investor’s humor.

Only at Barbara Corcoran’s birthday party will you find a coffin and tango dancing. The Shark Tank investor turned 70 years old on March 10, but properly celebrated the milestone over a month later by hosting a funeral-themed celebration. In a photo shared to Instagram on April 29, the real estate mogul could be seen laying in an open casket, dressed in an elegant red gown, besides a cardboard cutout of herself dressed as a nun. “And you thought she was dead,” Barbara cheekily captioned the setup. And the party details get even more wild!

The host took her funeral theme to the extreme, as guests were reportedly greeted by the sight of Barbara inside the coffin upon arrival at a Fifth Avenue penthouse, sources told Page Six. The millionaire businesswoman then reportedly jumped out of the coffin and proceeded to dance around the room. The dress code for the birthday party/faux funeral? “Tango.” The birthday cake was even topped off by a plastic doll getting chomped on by a shark, according to the outlet’s sources.

Shark Tank stars Mark Cuban, 60, and Daymond John, 50, also attended the birthday bash, which an attendee revealed in an Instagram slideshow that featured more party photos. “Only @barbaracorcoran has the huevos to pull this off! Happy 70th Barb I can believe you are still here!” the guest captioned the photos, one of which showed a closer-up look of Barbara in her coffin.

And you thought she was dead…

Not all fans appreciated Barbara’s dark sense of humor. “Not the type of humour the world needs. Too creepy! Not creative or funny at all,” one judgmental fan commented underneath Barbara’s birthday post, while another follower wrote, “Gross and in poor taste.” But many fans laughed right along with the self-proclaimed “real estate queen,” as one fan wrote, “Barbara I don’t care what the whole world says or thinks, thats a creative mind, urock honey. A1.” To that, Barbara replied, “I’m glad someone gets it!