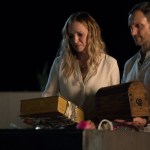 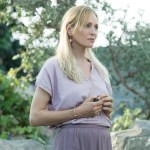 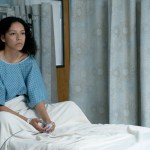 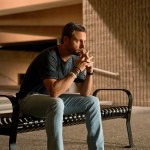 Tony Goldwyn went for a very different role after playing Fitz Grant on ‘Scandal’ for 7 seasons. HL spoke EXCLUSIVELY with Tony about his new role in ‘Chambers,’ which is now streaming on Netflix.

Tony Goldwyn starred as the one and only President Fitzgerald Grant III on Scandal for 7 seasons. The actor is currently starring on Broadway in Network and in the new Netflix series Chambers. Tony plays Ben Lefevre, a grieving father whose teenage daughter, Becky, tragically dies suddenly. A teenage girl named Sasha receives Becky’s heart after suffering a heart attack. Sasha becomes consumed by the mystery surrounding the heart that saved her life and goes to great lengths to uncover the truth. HollywoodLife spoke EXCLUSIVELY with Tony at the Chambers premiere in New York City on April 15 and asked why this was the right TV role for him post-Scandal.

“Well, first of all, it was totally different,” Tony told HollywoodLife EXCLUSIVELY. “And I just thought the writing was super smart and clever. I loved that it sort of checked multiple boxes in terms of the type of show it is, that it’s a genre show in one sense, but then it’s a family drama. It’s also really centered on a girl caught between two socio-economic worlds and deals with issues of ethnicity and culture that were really done in a really fresh way. The first Native American lead in a series I think, ever. I loved that a huge portion of the cast is Native American.” He also added that his character is “dealing with a lot of complicated moral boundaries” that were “really interesting” to him.

Playing a grieving father of a teenage daughter who has died was tough for Tony since he has two daughters of his own. “It was awful,” Tony continued. “I have two grown daughters, so that was the worst part about it. My worst nightmare would be to lose one of my daughters. Uma [Thurman] and I were living in that space the whole time. So that was awful.” Working alongside Uma was easy, despite the tragic circumstances surrounding their characters. “She’s just a very committed actor,” Tony said of Uma. “We are both parents and we are friends. We knew each other. We also knew we had each other’s back because it’s some pretty raw, very painful stuff to deal with. So it was nice to know that there was another adult parent. There was comfort in that.”

Newcomer Sivan Alyra Rose plays Sasha in Chambers, and Tony raved about her and the rest of the young cast: “Honestly, all these young actors in this show are superb. Sivan is just such an instinctive, natural talent. I directed the last episode, which she has some really complicated, emotional, hard stuff to do. She just dove in and just understood. She has a very deep instinctive understanding of what it means to be an actor and a creative artist, and that was beautiful.”