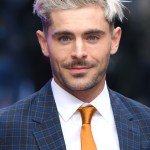 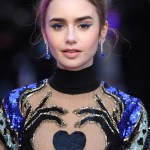 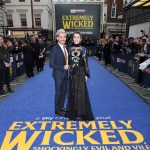 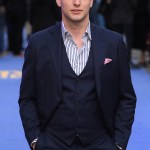 Zac Efron, 31, and Lily Collins, 30, looked extremely handsome and shockingly chic, respectively, on the red carpet for their new film Extremely Wicked, Shockingly Evil and Vile in London on Apr. 24. While Zac wore a plaid blue jacket with a gold tie, Lily stunned in a multi-colored sequined dress that literally featured two outlines of hands surrounding a heart in the center of her chest. The two were spotted in good spirits, sharing a few laughs on the red carpet.

While fans have to wait until May 3rd before they can watch his performance as Ted Bundy in the new film, Zac recently opened about revisiting an older role of his that had some fans freaking out. During an interview with Extra, Zac was asked about potentially making a cameo on the new High School Musical TV show to be released on Disney+. “Absolutely… I don’t see why not,” he said, adding, “I’m not, like, committing to it — I didn’t know there was [a series].”

Speaking of High School Musical, Zac’s ex Vanessa Hudgens, 30, recently discussed about how their relationship during the show. “It started off really organically and I could not have been more grateful to have that relationship at that time,” she revealed on the Awards Chatter podcast on April 22. “We kind of blew up — it was this massive phenomenon and all eyes were on me and it’s just a really foreign, weird thing to go through — but by being in a relationship, I feel like it kind of kept me stabilized and grounded.”

“I had someone to lean on who was going through it, as well,” she went on to say.