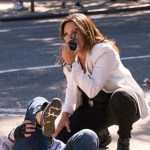 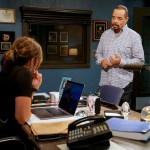 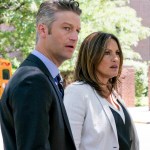 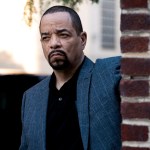 There’s nothing quite like a Fin zinger. HollywoodLife has an EXCLUSIVE video of Ice-T remembering some of Fin’s best and funniest lines on ‘Law & Order: SVU.’

Fin Tutuola is always keeping everyone on their toes. Over the years, Law & Order: SVU fans have fallen in love with Fin’s smart mouth. It’s never a dull moment when Fin’s around. “Whether it’s busting heads or busting balls, nobody gets the one-over on Fin,” Ice-T says in our EXCLUSIVE video. He reminisces with 10 times Fin flipped the script.

When Fin and Rollins are going through someone’s room, they spot some very interesting photos. “Definitely more wrong here than dirty socks,” Fin says. In another scene when he’s interrogating a perp, he quips, “Four-pack of coolers and a box of condoms. What do you plan on getting frisky with the Hamburglar?” Fin gets some of the best lines, that’s for sure. Even after all these years, Fin is still the same Fin.

Law & Order: SVU is currently in its 20th season. Ice-T has been on the show since season 2. He stars alongside Mariska Hargitay, Kelli Giddish, and Peter Scanavino. The series was recently renewed for its 21st season, which will make SVU the longest-running live-action TV series when it returns in the fall. The season 20 finale is set to air May 16.

HollywoodLife spoke with Ice-T back in Sept. 2018 about how long he thought the show could continue. “As long as there is a fanbase,” he told HL at NBC and The Cinema Society’s party for the casts of NBC’s 2018-2019 season. “I don’t know if I’ll be on it forever because they must just go on forever, and Finn might need a walker or wheelchair. I mean, I’m on it for the ride. I’m on it until they tell me it’s over.” Law & Order: SVU airs Thursdays at 10 p.m. on NBC.