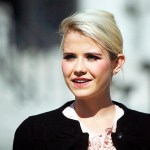 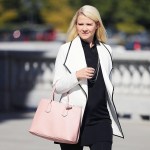 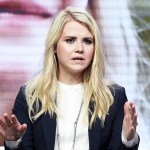 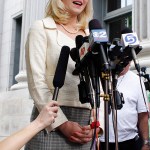 Kidnapping survivor Elizabeth Smart is leading a Lifetime documentary that has ‘never been done before.’ The activist united abduction survivors to give Jayme Closs, 13, new hope in a Lifetime special.

Elizabeth Smart, 31, made it her mission to advocate for child safety in politics after being kidnapped at the age of 14, and she’s now extending her support to a victim who suffered a similar trauma: Jayme Closs, 13. The teenager escaped from 88 days in captivity in Jan. 2019, and you can watch Elizabeth lead a discussion with fellow abduction survivors — Gina DeJesus, Katie Beers, Kara Robinson Chamberlin, Alicia Kozakiewicz, Denise Huskins and Sarah Maynard — about Jayme’s case in the 90-minute Lifetime documentary Smart Justice, which airs on April 27.

“You’ve heard the news reports about Jayme. But you’re going to hear it as you’ve never heard about it before — through our eyes,” Elizabeth says in the promotional clips above, which Lifetime provided to HollywoodLife. “For the first time ever these amazing survivors are coming together. My mission is simple — to help Jayme move forward and heal.”

The survivors will also talk about their own abductions and assaults — one of the survivors, Gina, was held in captive for over nine years. “What you’re about to see has never been done before. I’m bringing together six of the most incredible, courageous kidnapping survivors to share how they moved forward, what helped them, and to give their advice to help Jayme move forward,” Elizabeth continues in the promotional teaser. In addition to speaking at the roundtable, she visits the Wisconsin home of Jayme’s 21-year-old kidnapper, Jake Patterson, who pleaded guilty to one count of kidnapping and two counts of intentional homicide on March 27 (he was accused of shooting Jayme’s parents in Oct. 2018).

I am so excited for this weekend! Make sure you tune to the Lifetime Channel this Saturday evening at 8pm. For the past few months I have been working with the lifetime channel to create “Smart Justice” a show all about what it takes to go from being a victim to a survivor. Each one of these women is a fellow abduction survivor and has gone on to triumph over their pasts and reclaim their lives. We discuss Jayme Closs and what some of the struggles are that she will face ahead. We review the investigation (not what happened to Jayme while in captivity, that is her story to share if she ever chooses to.) We each share our personal piece of advice for Jayme. My hope is that any survivor could watch this and walk away feeling that 1. They are not alone. 2. No matter what they have been through they can over come what has happened. And 3. Life is beautiful and meant to be lived, and just because something bad has happened it doesn’t mean that what happened has to define you.

Elizabeth herself was held in captive for nine months by Brian David Mitchell and his wife, Wanda Barzee, between 2002 and 2003 until she was rescued by authorities. In an Instagram post promoting her new Lifetime special on April 23, Elizabeth wrote that she hopes her documentary will let survivors know the following four things: “1. They are not alone. 2. No matter what they have been through they can over come what has happened. And 3. Life is beautiful and meant to be lived, and just because something bad has happened it doesn’t mean that what happened has to define you.”