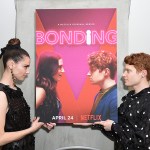 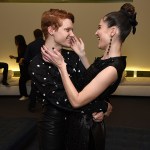 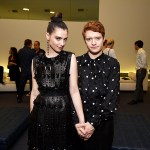 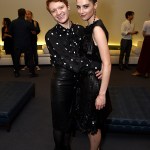 Rightor Doyle’s ‘BONDiNG’ — the BDSM-themed series hitting Netflix — tells us his that show is about celebrating ‘feminine and queer’ voices and the true nature of power.

Can BDSM actually end up freeing you? BONDiNG — premiering on Netflix on April 24 – explores this notion, among many others, while telling the story of Pete (Brendan Scannell) and Tiff (Zoe Levin). Pete, a recently out gay man, reconnects with his former high school friend, only to discover Tiff is one of NYC’s top dominatrixes. The series is loosely based off the real-life experiences of the show’s creator, Rightor Doyle (Barry, You’re The Worst), and as he reveals while EXCLUSIVELY chatting with HollywoodLife.com, the show is really about friendship, an exploration about the constraints of power, and how you can achieve joy when you’re no longer the “most powerful person in the room.”

While BONDiNG details Tiff and Pete’s individual journeys – as he comes into his own as his newly open sexuality and she explores her double life as a dominatrix/grad student – the show also focuses on their journey together, and Rightor is no stranger to intergender friendships. “Women were always a very safe place for me even when I wasn’t out,” Rightor says. “They’ve always been my very best friends, and on numerous occasions, I would say that many of the loves of my life are women, and it’s a strange world to navigate.”

While Rightor was first reluctant to put a label on this kind of relationship (“I love labels, actually. Labels are like ropes — you get tied up and freed. Like ‘gay,’ the word ‘gay’ freed me, you know?”), he tells HollywoodLife.com that such friendships should be called out for what they are: love.

“In many ways,” he says, “the only thing that separates us from being together is the lack of sexuality between the two of us, and it’s something that I think about and look at in my own work a lot, because it is romantic, and it is love.”

“And it’s never the one thing that’s troubling them, but it’s the idea of, ‘If I get rid of this, I can get rid of it by having him do it.’ And that’s obviously not the case,” he adds. Rightor also explained he wanted BONDiNG to highlight those “dark avenues that we will go down to try and get the things that we need for our life.”

“It’s funny,” he says, “all of them were men, but most of which were very powerful men that had made a lot of money that wanted to be either humiliated or stripped of their power. It’s almost like their worst nightmare is actually the thing that they really wanted.” Witnessing this, Rightor said, was a revelation. “I’m 22 years old in New York and I don’t have any money, and I wanted to have money, and I want to have power, and to have all these things, and to see someone want to be stripped of that and humiliated in a very particular and specific ways, was shocking to me.”

Rightor explains that he experienced a “stripping of power” himself — when he came out as gay. “A big part of that is that the structure that we built this society on, this patriarchal structure where men can’t cry, and men can’t do this and men can’t do that, the thing that freed me the most in my life was losing my privilege as a straight, white man. By coming out of the closet and saying, ‘I’m gay,’ I released myself of the burden of having to be this prototypical male who’s supposed to be powerful and resilient, all the things that I think that women actually are.”

BONDiNG arrives on Netflix on April 24.