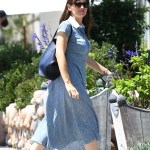 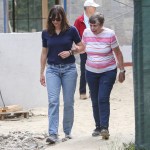 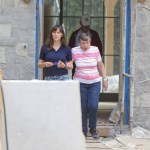 The 2019 ‘Beautiful Issue’ for ‘People’ honored Jennifer Garner as its top beauty queen, but for reasons that go much deeper than looks. The actress even admitted that she didn’t always see herself as ‘attractive.’

Jennifer Garner, 47, may have been deemed the “Most Beautiful Woman” of 2019 by People Magazine, but she’s not hung up on her appearance. Instead of dishing anti-aging secrets, the cover star explained why she didn’t let her looks dictate her self-worth — making the actress even more beautiful, in our eyes. “I was so not one of the pretty girls that I just bypassed insecurity and didn’t see myself as attractive at all. It was not part of my life,” the 13 Going on 30 star admitted to People, and explained how her family encouraged that attitude.

“I felt good about myself back then! That is the lucky trick,” Jennifer explained in her profile. “Looks weren’t a big deal in my family. I don’t think my parents ever said ‘You’re pretty’ and so we just didn’t think about it.” The actress even endearingly described her style as a youth in West Virginia as “band geek-chic.” Her relaxed attitude towards fashion hasn’t changed as a full-blown Hollywood starlet, as her “uniform” is workout clothes now. “I try so hard to get out of [them],” Jen mused. “But sometimes the day just doesn’t give you a break to shower and put on my other uniform, which is jeans, a sweater and sneakers.”

These days, Jennifer wears many hats beyond that of beauty queen, which has stemmed from her role as a mother to Violet, 13, Seraphina, 10, and Samuel, 7, her children with ex-husband Ben Affleck. Since becoming a mother in 2005, Jen co-founded Once Upon a Farm, a cold-pressed baby food, and even became an artist ambassador for the charity Save The Children. “I’m starting to get to the point where I realize this job is not going to be forever,” Jennifer said of being a mother to three young children. “Not in the all-encompassing every meal, every moment, every day way that I have loved for the last thirteen years. It’s going to shift. But there’s beauty in how it works in episodes.”

The beauty baton has passed on to Jennifer, after P!nk was crowned People’s “Most Beautiful Woman” in 2018. Julia Roberts reclaimed the title for the fifth time in 2017.