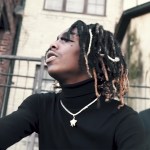 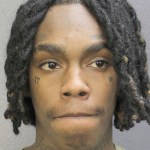 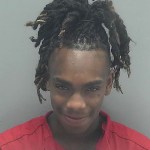 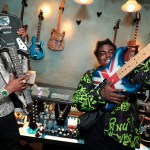 The case against YNW Melly — a rapper accused of fatally shooting two of his friends — has turned deadly serious, as prosecutors are reportedly seeking the death penalty. As he preps for the fight of his life, here are all the vital details.

YNW Melly better hope that his legal team has a bunch of tricks up its sleeves because he’s going the need it. The 19-year-old rapper, who was arrested in February 2019 and charged with two counts of first-degree murder, may face the death penalty if convicted, according to documents obtained by TMZ. Prosecutors in the state of Florida, according to the documents, believe they can prove beyond a reasonable doubt that Melly killed his friends — Anthony Williams, and Christopher Thomas Jr. — for financial gain, that the murder was “especially heinous, atrocious or cruel,” and that he committed the alleged murder in a cold, calculated and predicted matter.

Florida is one of 30 states where capital punishment is legal, and it appears the prosecution is gunning for the ultimate penalty. YNW Mells has pleaded not guilty to the double murder charges, and he’s currently awaiting his day in court. As his legal team prepares his case, here’s what you need to know:

1. He’s a SoundCloud rapper. YNW Melly – born Jamell Maurice Demons – began his music career at age 15, according to NME, by uploading his songs to SoundCloud. His biggest track, “Murder On My Mind,” was uploaded to the streaming service in March 2017. As his career began to take off, Melly worked with artists like Lil B and Kanye West (on Melly’s “Multiple Personalities” song, his only charting single to date) before signing with Young Thug’s YSL Records.

2. He’s been accused of killing his friends and covering up the crime. Melly and his crewmember, YNW Bortlen (real name Cortlen Henry), were arrested by Miramar, Florida police on Feb. 13 and charged with two counts of first-degree murder over the Oct. 2018 shooting deaths of Anthony Williams (YNW Sakchaser) and Christopher Thomas Jr. (YNW Juvy.) Police allege that Melly shot the pair and, with Cortlen, staged the crime scene to make it look like the victims were killed in a drive-by shooting. A possible motive behind the alleged killing wasn’t immediately made known.

3. YNW does not stand for “You’re Not Welcome.” As to what “YNW” means for Melly and the rest of the crew, NME reports that it stands for “Young N—a World.” The name hasn’t stopped him from building a fanbase, as his music has almost 5 million monthly listeners (and that’s just Spotify.)

5. He wrote one of his biggest songs while behind bars. “I was locked up, for the first time,” said Melly when discussing “Murder On My Mind” on Genius. “I was like 16, 15. I literally woke up in the jail cell and I was like, ‘Wake up in the morning, I got murder on my mind. AK-47, MAC-11, Glocks, and nine’s.’ And then the b*tch was like, ‘Get up, get up. Time to get up.’ Like yeah, f*ck that song… Ain’t nobody know I could rap. I just seen everybody talking about how they could rap and all this shit and I’m like n—-s garbage. So I’m like f*ck it.”