It’s no secret that Rebecca Pearson was near-death in the season 3 finale of This Is Us, answering the season-long question of what is going on the Pearson’s future. Milo Ventimiglia teased that Rebecca might be seeing his character of Jack *soon* after they’ve been separated by death for years. “I was excited for Rebecca,” he reacted in an EXCLUSIVE interview with HollywoodLife, while promoting his partnership with Harley-Davidson. “She’s gonna see Jack soon, maybe.” WHOA!

In the This Is Us season finale, we were wiping our tears away, per usual, as Randall Pearson (Sterling K. Brown) walked down the hall of the hospital into Rebecca’s room and announced his arrival, reminding his ailing mother that he is her son. While the circumstances surrounding Rebecca’s state are unknown, it’s clear that she won’t be around for much longer. “My warnings these days are like, ‘It’s gonna make you cry,’ knowing what we’re going to get into this fourth season” Milo teased. “I’m looking forward to getting back to work!”

While we sadly don’t get to see Milo’s Jack grow old, he did admit that it was a huge relief once the tightly kept secret of how Jack died was revealed. “Of course there’s always going to be some mystery to the show, to the character, to the family. But for me, it was nice when people learned about the circumstances of his death,” he said. “The wild part is, we know his end. We know he dies in his 50s. We met him as a young boy. So, we’re still getting to know him, but for me, I’m always trying to track where he ends up and be mindful of the choices that I make as an actor, relative to the worlds the writers are creating, to make sure that we’re always in line with where Jack is headed, which we already know.” 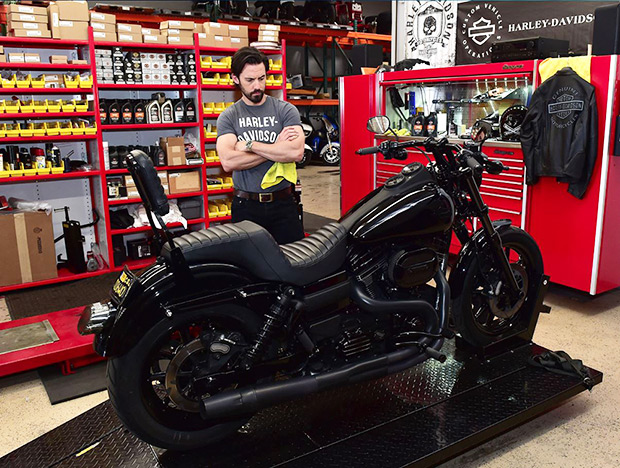 Milo spoke to HollywoodLife to discuss his collaboration with Harley-Davidson! The actor will be judging the “Battle of the Kings” – the largest dealer custom bike build competition in the world! Milo, who is an avid rider, revealed the first bike he ever bought was a Harley-Davidson, calling himself a “diehard Harley-Davidson guy.” “My three Harley’s that I own, they are all customized, they are all rebuilt engines, they are all aesthetically changed, so to be a part of Battle of the Kings just felt like a very, very natural fit!” From April 15 through May 15, fans can help Milo by voting for their favorite custom builds at H-D.com/BattleOfTheKings.