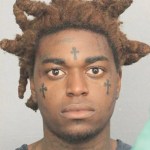 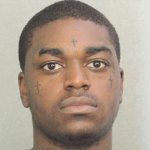 Fans are calling out Kodak Black’s hairdo for looking exactly (and we mean exactly) like Lisa Simpson.

Kodak Black got himself a new hair makeover, and let’s just say he’d fit right in in the animated town of Springfield. That’s right, Kodak dyed his hair yellow, and as a result, his new ‘do looks exactly like Lisa Simpson’s spiky hair from The Simpsons. In response, fans were quick to drag him over the uncanny resemblance on Twitter. @KxngGio_ wrote, “I’m very disappointed on why I see Lisa Simpson trending.” @NegressElba tweeted, “Lisa Simpson would despise K*dak Blk.” Check out his Lisa Simpson-inspired look below!

We reported earlier how Kodak was allegedly arrested by US Customs Agents at the border between the United States and Canada just days ago. Kodak, and two other individuals, allegedly had at least two guns in the car, according to TMZ. He was reportedly arrested on charges of gun possession and marijuana possession, and was previously held on a bond of somewhere between $20,000 and $40,000.

But that’s not the only controversy Kodak has been a part of. After the death of Nipsey Hussle, Kodak said he’d wait a year before making a move on the late rapper’s grieving girlfriend Lauren London. And after T.I. criticized Kodak for the insensitive timing of his remarks, Kodak responded with a diss track, in which he rapped, “How you tell me what came out my mouth, you don’t even know Nipsey/Tiny that bi**h ugly as hell, I don’t even want Piggy / I can’t beat you ni**as at talkin’ give me a long sentence/You know I keep the pole and I ain’t no hoe, I know some Rollin 60s/And I’m thuggin’ all on my lonely, but I keep some Zoes with me.”

Kodak out here with the Lisa Simpson haircut pic.twitter.com/g19Iq9hinG

Lisa Simpson when she finds out why she’s trending pic.twitter.com/zfbEzVVOUY

T.I. clarified why he went so hard in his response to Kodak, saying in an Instagram live video, “I see myself in this. And I only wanna handle him the way I feel that he would handle me. That’s it…If a muthaf***a were to speak out and say something out of line about my old lady after my untimely demise, I feel like he ain’t just gon’ speak up — he gon’ pull up.”