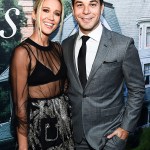 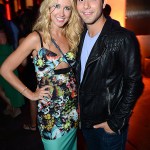 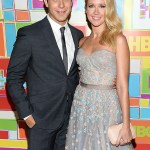 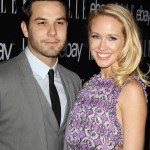 Anna Camp and Skylar Astin have decided to separate after nearly three years of marriage, a representative for the actress tells HollywoodLife on behalf of the couple on April 19. The ‘Pitch Perfect’ co-stars have since unfollowed each other on social media.

What went wrong? — Anna Camp, 36, and Skylar Astin, 31, are over after over two-and-a-half years of marriage. “We can confirm that we have decided to separate, and this decision was made mutually and amicably,” a representative for Anna told HollywoodLife on behalf of both Pitch Perfect stars. “We kindly ask for privacy as we navigate this transition,” the statement concluded.

It’s unclear exactly why Anna and Skylar decided to end their marriage. However, a conflicting report hints that it may not have been mutual. “He stopped wearing his ring and has started talking about the split with friends,” a source told People, who was first to break the news of their split. Both Anna and Skylar have since unfollowed each other on social media.

While the two were never a flashy Hollywood couple, Anna and Skylar haven’t been spotted together in months. They were last seen together attending the Mickey’s 90th Spectacular in October in Los Angeles, California. Skylar last shared a photo with Anna on January 1, where the couple cozied up as they rang in the New Year. Anna’s last post with Skylar was just weeks later. On January 17, she shared a collage of photos from a wedding they attended together, where the couple was pictured laughing together and hugging as he kissed her cheek.

“We were friends first and just hit it off,” Anna told Glamour during an interview in 2014. “He’s just so great, and he’s a Libra too. We didn’t really have a scene together, but he’s just such a fun guy. He’s great.”

Nonetheless, Anna also spoke about how she was unsure about the romance at first. “He was dating somebody, and I had been through [a divorce] and he was like, ‘Do you want to go on a date?'” Anna recalled during the same interview. “I remember thinking, Well, he’s younger than me. He’s five years younger. He’s 26, and I’m 31. But I was like, ‘You know what? OK! Let’s do it, let’s see.’ He’s literally my best friend.”

Anna and Skylar began dating in June 2013, and tied the knot in an outdoor ceremony on the central California coast in October 2016. They honeymooned in Europe. Anna and Skylar do not share any children together. Anna was previously married to actor, Michael Mosley. They wed in 2010, and divorced in 2013. This was Skylar’s first marriage. He was previously linked to Lauren Pritchard in 2006.