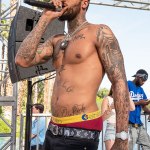 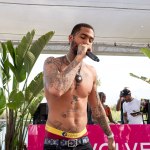 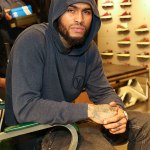 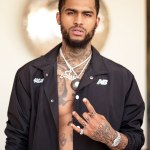 Dave East may have just instigated a feud with rapper Lil Nas X after putting his song ‘Old Town Road’ on full blast.

In response to Dave East‘s criticism of his collaboration with Billy Ray Cyrus, Lil Nas X tweeted, “i’m not mad at dave east i was a fan. just a oh well moment tbh.” On top of that, he also shared Kevin Hart‘s latest interview with Joe Rogan on his podcast, in which he told the host his feelings about haters being negative about something widely popular. “I don’t like that negativity is the ‘want’,” Hart admitted. “The thing that’s popular is the failure, the f***-up, the fight that I can catch, the hateful moment that I can catch and post. The bad is being highlighted and celebrated.”

“Ridin’ on a tractor,” Lil Nas X raps in the second verse of “Old Town Road.” “Lean all in my bladder / Cheated on my baby / You can go and ask her / My life is a movie /Bull ridin’ and boobies / Cowboy hat from Gucci / Wrangler on my booty.”

Lil Nas X recently angered Taylor Swift fans by trolling them with a fake website that convinced some that Taylor would be releasing new music on Jul. 13th. At first, http://www.julythirteen.com redirected to Taylor’s website, but then it redirected to one of Lil Nas X’s tweets, which reads, “I am a troll 1st and a musician 2nd. period.”