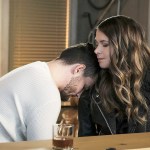 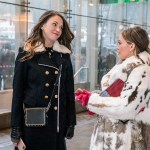 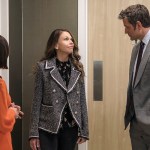 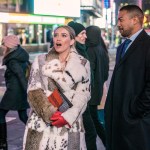 The first trailer for ‘Younger’ season 6 has dropped and Josh will be finding out if Claire’s baby is his. Plus, Liza and Charles will face a new set of ‘issues’ as their relationship heats up.

Younger season 6 will make its highly-anticipated debut this summer. TV Land has released the first look at the new season, featuring exciting glimpses of what’s to come. At the end of season 5, Josh’s ex-wife Claire showed up back in New York pregnant. This season will reveal whether or not Josh is the father of Claire’s baby. The end of the first trailer features Josh telling Liza and Kelsey that he has the test results. Josh seems a little overwhelmed, but his expression could go either way regarding the baby.”It’s going to be a roller coaster of a season,” Sutton Foster promises.

Charles and Liza are finally (!) together, but they’ll be in uncharted territory this season. “I think there’s a lot of drama this season, probably more than any other season. Charles and Liza’s relationship gets a lot more real. There’s no such thing as a perfect relationship, so it’s sort of like this relationship has a new set of issues as it grows in this season,” creator Darren Star says. The trailer also blesses us with a scene of a shirtless Charles getting out of Liza’s bed.

Kelsey is now the boss and Darren reveals that she is “going to feel the weight of her responsibility.” He adds: “I think this season goes deeper into some of the workplace drama and certainly how it affects everyone’s relationship with each other.” The series also stars Hilary Duff, Debi Mazar, Miriam Shor, Nico Tortorella, Peter Hermann, Molly Bernard, and Charles Michael Davis. Younger season 6 premieres June 12 at 10 p.m. on TV Land. The wait is nearly over!