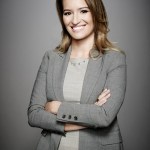 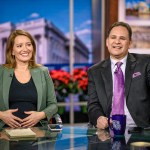 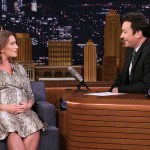 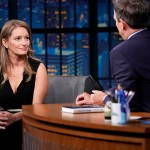 It’s a boy for MSNBC anchor Katy Tur and her husband, CBS News correspondent Tony Dokoupil. We’ve got all the details on their precious new arrival.

Congratulations are in store for MSNBC anchor Katy Tur, as she became a new mother on April 13. Katy gave birth to a beautiful baby boy named Teddy Dokoupil, the first child for the 35-year-old newswoman and her husband, CBS correspondent Tony Dokoupil. Katy’s news was announced live on MSNBC by Kasie Hunt, who has taken over the MSNBC Live with Katy Tur hour while Katy’s out on maternity leave. Kasie shared a sweet photo of mom, dad, and baby all looking healthy and happy in the hospital. Cheers to the Tur-Dokoupil family and their new bundle of joy!

Katy made the big announcement that she was expecting on Dec. 13, 2018, while on air. Viewers had been tweeting her for several months asking if she was expecting as her belly was growing and she made the big reveal by showing video of a sonogram of her five month along baby boy inside her. “That will do it for me this hour,” she said at the end of her show, “Except I won’t, because I have a little bit of other news to show you. A lot of you eagle-eyed folks out there have noticed so, here it is: roll the tape,” as the sonogram video played. “I have a baby in my belly, officially,” she said. “I’m tired of the tweets asking so I am going to announce it. That is my little guy. He’s due in April.”

She was so emotional as she handed off her hour to Kasie telling her, “Oh, now I’m gonna cry. Kasie, take it away before I start crying.” “Can I be honorary Aunt Kasie please?” the newswoman asked, while telling Katy “I’m so excited for you.” “Yes, you totally can!” Katy assured future Aunt Kasie, who actually has some special news of her own. The Kasie: DC host announced on Twitter on April 9 that she’s currently 4.5 months pregnant!

Katy and Tony first met in the network’s makeup room after Tony got hired as a national reporter for MSNBC in 2015. He left for CBS a year later, yet they remained a couple. After two years of dating the pair got engaged on Jan. 28, 2017. Tony had to wait to propose until after President Donald Trump was sworn in as Katy had spent 500 days on the campaign trail with the tycoon for NBC News in his successful 2016 bid for the White House. Unlike the delayed proposal, the couple wasted no time in getting married, tying the knot on October 27, 2017. They wed in the Utah desert where wifi signals were sparse so that guests could fully focus on the ceremony and not on politics which consumes the couple’s professional lives.