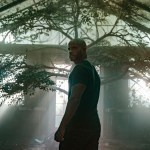 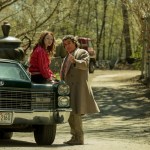 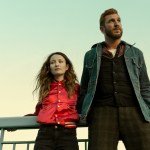 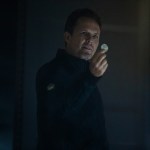 Derek Theler guest-starred as Donar the Great a.k.a. Thor on the April 14 episode of ‘American Gods.’ HL spoke EXCLUSIVELY with Derek about those incredible stunts, the jaw-dropping end of the episode, and more.

Derek Theler gave Chris Hemsworth a run for his money when he debuted as Thor (and Donar the Great) during the April 14 episode of American Gods. Thor is the son of Odin, a.k.a Mr. Wednesday, and the latest episode explored their relationship. For Derek, getting the role of Thor/Donar was a dream come true. “When I found out that I was cast, I was so pumped,” he told HollywoodLife EXCLUSIVELY. “I’ve been a fan of the show and a fan of the book forever, and I couldn’t be more happy to work with this group of people.” Derek, who famously played Danny on the sitcom Baby Daddy for 6 seasons, noted that his role on American Gods was a “big change for me going from a live audience sitcom, where it’s all jokes, to somewhat of a darker role. I had a great time with it in getting to play Thor, and getting to go through the hair and makeup and wig and beard prosthetic stuff was amazing.”

The end of the episode featured a shocking end for Thor. After leaving his father, Thor committed suicide by gun in Philadelphia years later. Suicide is a death even gods can’t come back from. Derek admitted that he was bummed about Thor’s fate. “I was upset about it because I didn’t know going through the audition process and working on the lines,” Derek continued. “I was in Canada when I got the script and realized that my character wasn’t going to go any further than this. I was sad. I was definitely saddened by it, because I was so excited to play the character, and I thought that the script was so strong, but I also thought that it was a fitting and heartbreaking end to my role and to the episode. I thought that it was a very powerful ending that way, but I was still a little bit sad that I wasn’t gonna be able to come back and play this role again.” He also added, “I still got my fingers crossed that they might come up with something to bring me back for.”

The flashback episode showcased Wednesday’s past as a burlesque hall owner. Thor’s act was one the thrilling parts of Wednesday’s show at the time. The act focused on Donar/Thor’s immense strength, and Derek was able to participate in some incredible stunts. “Stunts have always been one of my absolute favorite parts of this job. I love working with the stunt coordinators, and talking it through, and working on the choreography,” Derek said. “My very first day there, they basically threw me into an empty stage with all the stunt workers, and they wanted to get familiar with me and see what I was comfortable with. I was like, ‘I want to do as much as I can myself. I want to make this strong man show as cool as possible.’ So we worked for a couple of days with that. I got to work some amazing acrobatic actors and some Cirque Du Soleil type of actors for some of the stunts that we were doing. It was a lot of rehearsal, wires, and rigging. It’s basically impossible to do a one-armed pull-up yourself with a girl dangling from your legs, but we figured out a way to make it look like it was real, which was so fun. For me, while I’m going through the process, and while I’m doing the actual show, I’m trying my absolute hardest to really do the stunts that you see, so it looks like I’m working hard to actually do it, even though I’ve got cables and rigging on me. I loved taking my strength training to the next level and trying to get as big as I could and get as strong as I could for the role. It definitely wasn’t easy. So those performers that you see doing it, I’ve got a lot of respect for them, and I was just lucky to get to work with some of them on a project like this.”

When you think of Thor, you automatically think of Thor’s hammer. Odin and Thor do face-off in the episode and Thor wields that legendary hammer. Picking up that hammer was a surreal moment for Derek. “It was incredible,” Derek said. “We had several stunt hammers because we had to use the hammer throughout the strong man acts. I found myself walking around with that hammer in my hand the entire day when I was shooting, even when the cameras weren’t on. If we were waiting to set up a shot, I had that hammer in my hand. I was juggling it or just analyzing it the whole time I was working. I really enjoyed every second that I got to wield the hammer.”