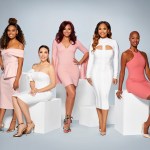 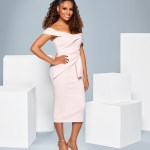 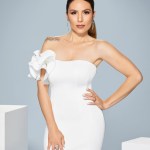 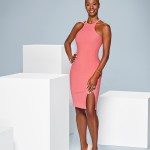 ‘Married To Medicine: LA’ is Bravo’s latest hit. HL spoke EXCLUSIVELY to Dr. Britten Cole about why she joined the show, the drama that’s heating up this season, and more.

Dr. Britten Cole is one of the incredible cast members of Married To Medicine: Los Angeles. The Married To Medicine spinoff premiered in March 2019 with a set of fierce and intelligent ladies at the center of the series. HollywoodLife talked EXCLUSIVELY with Britten about why she wanted to be a part of the show. “It was a great opportunity,” Britten told HollywoodLife. “You know, I knew a few of the ladies to begin with so I knew I’d have fun with them. It’s something new. It’s something different. I’m a physician so I’m kind of use to the humdrum life of being a doctor and all the stress that that entails. I thought that this would be something exciting to do.”

Britten also opened up about the drama that’s been festering a little bit early on in the season. “You know as it’s been shown so far, the two people that have the most are Shanique and Asha,” Britten continued. “What happens between them will unravel and you’ll see if there are resolutions. There’s also a little bit going on between Imani and Jazmin. I think everyone’s seen that too, And again, you just have to watch the show so you can see how it all unravels, unfolds, and if and when there’s a resolution.” However, she did note that “in general, the ladies in our group really get on very well. I think we have more fun than we do more drama.”

HollywoodLife also asked Britten what’s it been like for her as a doctor now that she’s on a reality show. “I think it’s a little bit weird. In general, in terms of work, most patients don’t really recognize me,” Britten admitted. “I have had someone recognize me after the fact. It was weird because when she saw me, she was like, ‘You look so familiar.’ She asked me where I worked and I told her and she was like, ‘Oh, you’re my anesthesiologist.’ And I was like, ‘Yes!’ And then she followed me and was like, ‘No, you were on TV.’ I kind of played it off like, ‘Yeah, I’m your doctor, that’s why you know me.’ And then she recognized me from the show, even though I really was her doctor.”

Bravo is known for the Real Housewives franchise and now the network is building another hit franchise with Married To Medicine. Britten opened up about the similarities between both franchises. “There are comparisons in that these are groups of women who are intelligent, smart, beautiful, and it’s all about relationships and friendships and how we deal with them,” Britten said. “So I think they’re very similar in that sense because all of these shows are basically showing different aspects of relationships and how women deal with them. There are some differences as well, but I think in general we are more alike than different.”

Britten is married to husband Mack Major and they have two children, Ivy and Mack Jr. Married To Medicine: Los Angeles airs Sundays at 9 p.m. on Bravo.