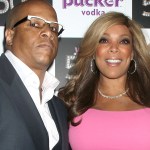 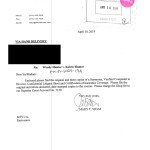 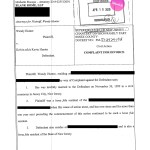 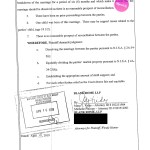 In divorce documents filed by Wendy Williams with the New Jersey Superior Court on Apr. 10, the talk show host revealed that there was ‘no hope of reconciliation’ with her husband Kevin Hunter.

While news broke today on Apr. 11 about Wendy Williams, 54, filing for divorce from her husband of 21 years, Kevin Hunter, we now know that their marriage has been crumbling for at least six months, according to court documents obtained by HollywoodLife. In addition to requesting that Williams and Hunter’s marriage be dissolved, the filing states, “There exists irreconcilable differences between the parties, which have caused the breakdown of the marriage for a period of six (6) months and which make it appear that the marriage should be dissolved as there is no reasonable prospect of reconciliation.” Wendy also asks that the court “equitably” divide their assets and “establish the appropriate amount of child support.”

Since Wendy’s divorce filing, the personal representative for Wendy Williams told HollywoodLife, “Thank you to everyone for respecting the family’s privacy during this time. Kevin is supportive of Wendy and they are working through this process together. No additional comment will be provided at this time.” We reported earlier how an attorney confirmed their split, telling HollywoodLife, “Wendy has indeed filed for divorce from Kevin and Kevin was served this morning with divorce papers.”

Wendy, who was previously married to another husband, began dating Kevin in 1995. After the two married in Nov. 1997, they welcomed their child Kevin Hunter Jr. in 2000. However, by 2019, reports surfaced that Kevin had allegedly been unfaithful to Wendy, and that he fathered a child with his mistress Sharina Hudson. In the last few weeks leading up to her filing, Wendy has frequently been seen without her wedding ring on — including during a taping of her show on Apr. 11.