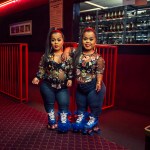 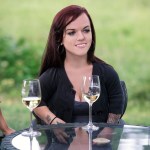 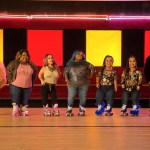 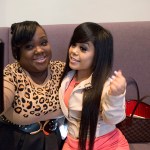 Amanda and Andrea Salinas head out for a fun day with their significant others, and Chris has something very special planned for Andrea in this EXCLUSIVE preview of the April 11 episode. Andrea notices he’s nervous, but she doesn’t know why. In front of hot air balloons, as well as Amanda and Jordan, Chris proposes to Andrea. He’s got a gorgeous bouquet of flowers and a stunning engagement ring in his hand.

“Will you marry me?” an emotional Chris asks Andrea. “Oh my god. This is what I’ve always wanted, but the timing is so bad right now,” Andrea admits in a confessional. However, she still says yes! Chris and Andrea are officially engaged. She shows off that amazing engagement ring for all to see.

Before the preview ends, Andrea asks Chris: “Did you ask my dad for my hand?” That makes Chris pause. “I tried calling him but he didn’t answer,” Chris tells Andrea. Oh, boy. This might cause some tension between Chris and Andrea’s dad.

Chris and Andrea have been dating on and off for years. They have three children together: André, Aubrey, and Anaya. Little Women: ATL airs Thursdays on Lifetime at 9 p.m. The show is currently in its fifth season. This season features The Cheeks, Briana Barlup, and Emily Fernandez who return to Atlanta to take on their long-time foes The Tiny Twinz, as they compete to prove they are hip-hop heavy hitters and rising stars. Minnie is also looking to establish her own spot in the rap world by continuing to challenge the reigning Queen of Atlanta, Ms. Juicy. Over the course of the season, the cast will endure lyrical, emotional, and maybe even physical battles in order to see who can hustle their way to a spot on the tour and a chance at stardom and reign supreme.