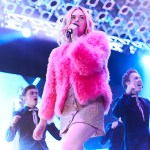 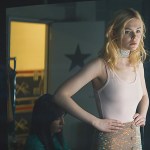 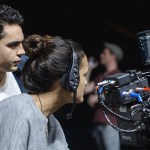 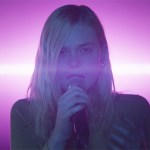 Elle Fanning becomes a pop star in her new movie ‘Teen Spirit.’ The actress spoke with HollywoodLife EXCLUSIVELY about the most ‘challenging’ aspect of the role, the possibility of more singing in the future, and more.

Elle Fanning is taking on her most challenging role yet. The 21-year-old actress transforms into a major pop star in the movie Teen Spirit, out April 12. She plays Violet, a shy teenager who dreams of escaping her small town and pursuing her passion for singing. When she enters a local singing competition, Violet finds herself tested like never before. Elle shows off her incredible vocals in the film and performs songs by Robyn, Ellie Goulding, and more.

Even though she’s grown up acting, Elle isn’t opposed to exploring a music career after Teen Spirit. “Honestly, this opened a door that I would not say no to that,” Elle told HollywoodLife EXCLUSIVELY at the movie’s press junket. “I’ve always loved singing and I’ve always wanted to do a musical so it would be very cool.”

Elle admitted that singing such popular songs by some of the biggest stars in the music industry was intimidating. “These are pop anthems and they’re such iconic songs that everyone knows the lyrics to, everybody knows what they sound like, and what they’re supposed to sound like to them,” Elle continued. “So for me, I was like, ‘Ah, I don’t want to ruin that.’ And ‘Dancing On My Own’ is my sister’s favorite song so I couldn’t let her down. I had to do her justice for that, but also at the same time, Violet is a character and she would be singing these covers of these songs for auditions… It has to sound like Violet, it can’t sound just like a reproduction.”

The actress started preparing for the role 3 months before filming started. She revealed she would go to music supervisor Marius De Vries’s house every day to sing the songs featured in the film. She would do “crazy vocal warmups” and worked to get her voice to a place where “the stamina was not going to break me down.” She added: “It was very challenging but I felt very proud after with the results.”

The film also puts a singing competition in the spotlight. The world has been captivated by shows like The Voice, American Idol, and The X-Factor for years, and we asked Elle why she thinks there’s still such a fascination. She admitted that she’s a fan of those shows, too! “I watch those shows. I always have,” Elle said. “I would be the kid that would call in and vote for the contestants on American Idol… I think everyone loves that story which is this kind of fairy tale journey of someone coming from a small town or completely unknown, completely fresh, and an authentic person achieving their goal. I think it’s a story we’ll always see on TV and we’ll always see it in films and in movies. It’s very cinematic.”