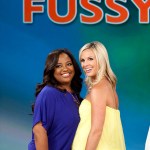 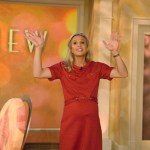 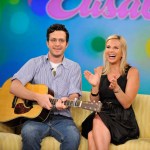 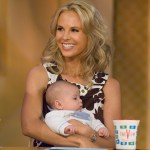 Shocking new audio from 2006 reveals that Elisabeth Hasselbeck stormed off the set of ‘The View’ and tried to quit after a huge argument with Barbara Walters. What happened behind the scenes is even wilder.

Here’s to the Ladies Who Punch! Unearthed audio from 2006 has revealed a massive fight between former The View co-hosts Elisabeth Hasselbeck and Barbara Walters that will truly leave you breathless. Now, we all know that The View ladies butt heads. That’s half the fun of the show. But in the behind the scenes audio, obtained by our sister site, Variety, Elisabeth is so overcome with rage that she threatens to quit the show during a commercial break. It begins with a heated Hot Topics segment on the August 2, 2006 episode, during which Elisabeth goes on a rant about the Morning After pill. At the time, the FDA was still weighing whether or not to allow selling the pill over-the-counter (surprise, you can in 2019), and the conservative co-host was incensed at the idea.

Elisabeth argued that taking the pill is “the same thing as birthing a baby and leaving it out in the street,” (it’s not) and wouldn’t let the other co-hosts talk when they tried to voice their own views. Finally, Barbara interrupted her, saying, “could you stop now? We have to go on and we have to learn how to discuss these things in some sort of rational way.” Cue some seriously bonkers behind the scenes drama, which you can listen to in full below. Elisabeth was apparently so upset by Barbara’s comment that she tore up her notecards and ran backstage. You can hear her scream “f**k that! I’m not going to sit there and get reprimanded on the air. It’s not ok to sit there and get reprimanded on the air.”

Co-host Joy Behar attempts to calm the situation and asks Elisabeth to come to her office. “What the f**k!” Elisabeth yells back at Joy. “I don’t even swear. She has me swearing. This woman is driving me nuts. I’m not going back. I can’t do the show like this. She just reprimanded me, and she knew exactly what she was doing. Goodbye! I’m off. Write about that in the New York F**KING Post!” After that exchange, Elisabeth apparently ran downstairs and hid in her dressing room, according to Variety‘s Ramin Setoodeh, who wrote about the incident in her new book, Ladies Who Punch: The Explosive Inside Story of ‘The View’. Barbara’s reaction to hearing that Elisabeth “quit” during commercial break: “Well, that’s ridiculous.”

After some back and forth about the situation, The View‘s executive producer, Bill Geddie, convinced Elisabeth to get back on air to finish the episode. “You have to go on because you’re a pro, so come with me,” he can be heard saying. It works; with just moments left before the show comes back, she returns to the set. She and Barbara are perfectly chummy after a little heart-to-heart. They even hug and kiss while sitting on the couch! Despite the drama, Elisabeth did not quit. She remained on the show until 2013, when she was let go. Now, The View‘s explosive conservative co-host is Meghan McCain, but so far, she hasn’t threatened to quit mid-show. We’ll just have to wait 13 more years to see if any secret audio comes out.