The Braxton family never disappoints on the red carpet! — Toni Braxton, 51, brought her 16-year-old son, Diezel, to the season six premiere of WEtv’s Braxton Family Values on Tuesday, April 2, where they posed for photos at West Hollywood hotspot, the Doheny Room. The singer showed off her incredible figure in a plunging, one-shoulder white mini dress. She paired her sultry look with open-toe nude stilettos, which featured jeweled buckles. Toni also donned her signature straight hairstyle with a middle part.

Meanwhile, Toni’s son looked all grown up in a grey suit and matching pants. He kept his jacket unbuttoned to show his white undershirt, which was also unbuttoned, exposing part of his chest. Diezel rocked a fresh pair of white and powder blue hightop Nike sneakers. — Our favorite part of his look! And, he kept his long hair tied back in a chic messy bun.

The Braxton’s made it a family affair for the season six premiere of their hit show. The family matriarch, Eveleyn Braxton, 71, dressed to impress in a maroon long-sleeve dress with a black and white striped bottom. Sisters, Traci, 48, Tamar, 42, Trina, 44, were all present and dressed to the nines in various styles, including Tamar’s black mini dress with a metallic rose gold sleeve. The Braxton girls danced the night away and were even treated to a three-tier gold cake at the premiere. 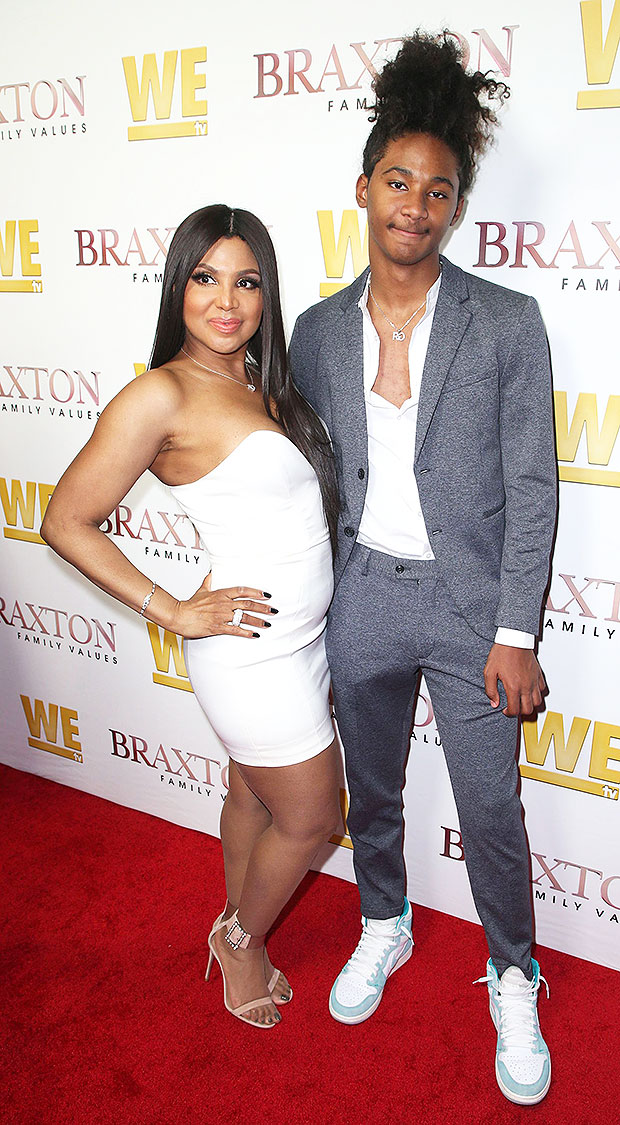 Toni Braxton and son, Diezel pose on the red carpet at the season six premiere of ‘Braxton Family Values’ at the Doheny Room in West Hollywood, CA on Tuesday, April 2, 2019.  (Photo credit: MediaPunch/Shutterstock) 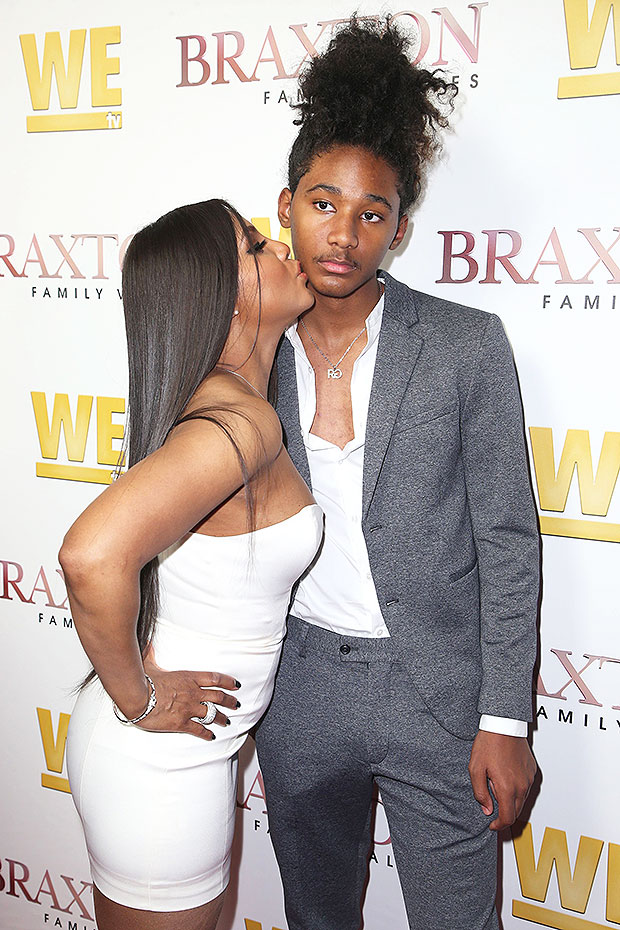 Toni appeared to be in great spirits, and we don’t blame her! — Her fiance, Birdman, 50, just confirmed that their engagement is very much still on, despite rumors that they had spit back in January. The rapper  confirmed the good (and relieving) news during an interview with Wendy Williams, 54, on March 29, where he admitted that he wasn’t sure where the speculation that they had split started.