As the curtain lowers on Dwyane Wade’s epic NBA career, his wife and better half, Gabrielle Union, tells HL EXCLUSIVELY why she’s at peace with his decision to retire and what she’d like to see him do next.

After sixteen seasons, 13 All-Star Games and three NBA Championships, Dwyane Wade, 37, is hanging up his jersey. The Miami Heat icon – who brought the title to South Beach first in 2006 and two more times during the “Big Three” era, when LeBron James, 34, Chris Bosh, 35, were part of the team – announced he will retire at the end of the 2018-19 season. Since then, the NBA has given DWade a proper send-off with every game. While some fans are devastated that he’s leaving, his wife, Gabrielle Union, 46, says she’s accepted this decision years ago. “Oh I came to terms with that probably somewhere around the time of The Heatles years!” she EXCLUSIVELY tells HollywoodLife.com.

“I am like, ‘This is a lot!’” Gabrielle tells HollywoodLIfe.com. “I don’t know… I think after he won. He has won three titles, he has been a scoring champ [in 2009], an All-Star, and All-Star many times. A scoring champ. He is like the [Justin] Bieber of China. He needs new challenges. I mean what else are you playing for? He can still play and he is still the guy you want to ball in his hands at the end of the game at 37 and he is the lowest paid person on the team! There has got to be more out there.”

“He is one of those people that he is a superstar that transcends his profession,” Gabrielle adds, “and I am looking forward to what is next. I mean personally, I would love for him to go the [Michael] Strahan route or America’s Got Talent route. The world is his oyster and maybe it is his time to step out on faith and see what is out there for him.” 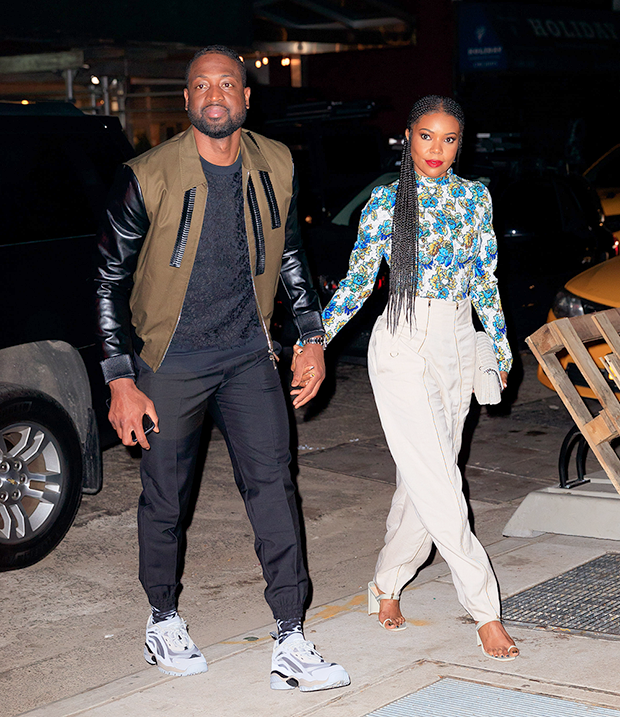 Gabrielle and Dwayne “stepped out” for a romantic date night on March 29, taking a moment to enjoy some alone time (while leaving their newborn, 4-month old Kaavia James Union Wade, home with the nanny.) As for what’s “out there” for Dwyane, it might be a lot more basketball. The NBA Playoffs kick off on April 13, and the Heat are still in the hunt. If the regular season were to end today, the Heat would earn the eighth seed on the Eastern Conference. If DWade and the Heat keep it up, then he might have to prolong his final good-bye until the postseason.

“This is the hardest decision that I’ve ever had to make, but it’s one of the best decisions that I’ve had to make as well,” Dwyane Wade said in September 2018, when he announced his forthcoming retirement, per USA Today. “To be in this position I’m in, to have the career that I’ve had, I can’t do nothing but smile on it. … I always did things my way, Whether they’ve been good or they’ve been bad, I got here because I’ve done things the way that I feel is right for me and right for my family. … I feel its right to ask you guys to join me for one last dance, one last season. This is it. I’ve given this game everything that I have, and I’m happy about that, and I’m going to give it for one last season.”