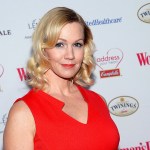 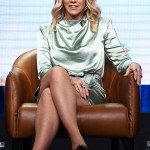 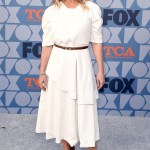 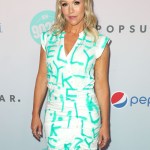 Jennie Garth was the target of social media trolls who attacked her looks after she posed for a pic with Tori Spelling. But the ‘Beverly Hills, 90210’ star refused to take the taunts lying down.

Jennie Garth, 46, is hitting back at trolls who accused her of having Botox and “too much plastic surgery” after she posted a photo on Instagram. The Beverly Hills, 90210 actress shared a photo of herself with her friend and co-star Tori Spelling on her page on April 1, adding the caption, “Working with my favorite partner in crime!” The famous friends are in Israel shooting a commercial for the Castro kids clothing line.

But, while many fans loved the photo and showered the stars with love, some trolls accused Jennie of excessively altering her looks. “Oh Jennie! You are beautiful & don’t need all the Botox!” one person commented. “Sadly you are unrecognizable here!” “OMG what happened to your faces?” another person wrote.

Jennie fired back by killing the trolls with kindness. To the person who said she looked “unrecognizable” the actress wrote, “Thank you?” She told the fan who questioned what happened to her face, “Ha you’re amazing.” Jennie added a kissing emoji to her response. To the person who wrote, “OMG! You seem so fake…” she replied, “Nope, I’m human.”

While many people slammed Jennie’s looks, some fans rushed to her defense. Writing that she’s “disgusted” by the “negative” comments, one person added, “If you people don’t like their faces or them then why are you following and commenting on their damn Instagram pages? Get a life.” “If you don’t have nice things to say about them, do not say anything at all,” another fan wrote. “There is too much hate in the world as it is.”

The commercial is not the only project that Jennie and Tori, 45, are working on together again. They’ve also signed up for a Beverly Hills, 90210 reboot, returning to the hit TV show that made them household names in the 1990s. The series return was announced on Feb. 27, the same day that their former co-star Luke Perry was rushed to hospital after suffering a massive stroke at his Los Angeles home. He died five days later on March 4. He was 52.