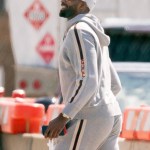 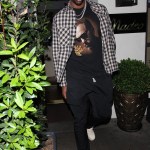 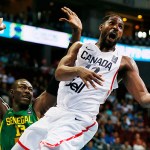 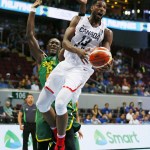 Here we go again. Tristan Thompson is being accused of sliding in the DMs of a 17-year-old Instagram influencer, who just exposed him, according to multiple reports! And, she’s got the receipts…

Why, Tristan Thompson, why? — The Cleveland Cavaliers player, 28, is being accused of attempting to message a 17-year-old brunette named Yasmin Adelina on Instagram, according to The Shade Room. Adelina recorded a video titled, “loooooool,” that showed a message request from Thompson, where he attempted to send her a purple heart emoji, as reported by The Shade Room, which obtained the video [HERE].

Adelina —  a “singer & influencer,” as described in the bio of an Instagram account that appears to belong to her — claimed she did not reply to Thompson’s message request, according to BET, which obtained a screenshot of her denial. When asked by a fan if she replied to Thompson’s alleged DM, Adelina replied: “No I didn’t. Otherwise I wouldn’t have posted it. Could post other ppl if I wanted, but I don’t usually do that lol. That one just shows how trash men are,” according to BET.

It’s unclear if Thompson knew the age of the young model upon allegedly reaching out to her. The athlete has yet to address the reports. HollywoodLife reached out to Yasmin Adelina and a representative for Tristan Thompson and did not receive any reply at the time of publication.

Thompson’s alleged dive in the DMs might come as a surprise to some, seeing as just nearly a month ago, he was caught in a cheating scandal with Jordyn Woods, 21. The NBA player, who shares a child with Khloe Kardashian, 34, was in an on-and-off relationship with the reality star when he had relations with Woods.

Woods fessed up to spending time with Thompson during a tell-all interview with Jada Pinkett-Smith‘s Red Table Talk Facebook series, where she claimed Thompson was the one who kissed her while at a house party in LA on February 18. However, there is no concrete evidence that a hookup between Thompson and Woods occurred. The details from the party last month are merely here say from Woods’ side of things, and reports. Thompson has not addressed the scandal directly, and Khloe later admitted on Twitter that he was handling it privately with her.