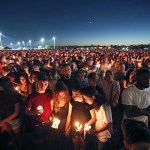 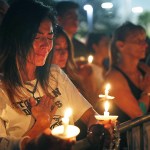 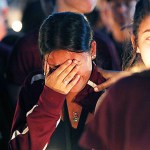 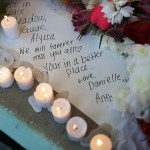 Parkland is grieving again, as two survivors of the Marjory Stoneman Douglas High massacre have taken their own lives. A trauma expert explains EXCLUSIVELY to us why these tragedies may have happened.

There are some wounds time cannot heal. More than a year after the horrible massacre at Marjory Stoneman Douglas high school, a student who lived through the 2018 massacre committed suicide on March 23. It was the second time in less than a week that a Parkland survivor decided to end it all, as 19-year-old Sydney Aiello, took her own life on March 17. A similar fate befell Jeremy Richman, 49, as the father of one of the children killed in the 2012 shooting at Sandy Hook Elementary school was found dead on March 25.

After enduring such massive tragedies and seemingly finding a support network with fellow survivors, what could drive these people to end it all? Barbara Mauer, a New Jersey-based therapist who specializes in trauma and has her MA, LPC, and CTS, spoke EXCLUSIVELY with HollywoodLife.com in a way to make some sense of this seemingly senseless tragedy.

HollywoodLife.com: Why do kids who survive a school shooting commit suicide after?

Barbara Mauer: “People who survive catastrophic trauma such as school shootings are at risk for mental health disorders such as post-traumatic stress disorder (PTSD), depression and other kinds of anxiety disorders. All of those conditions can increase suicidal risk particularly in young people who may have limited life experience (which can limit their ability to have the necessary coping strategies to deal with such immense horror).

“Young people are still developing neurologically and biologically which can increase the response of their nervous system to trauma. Children and teens are more at risk for impulsive acts that lead to suicide and they can be influenced by a “contagion” effect when peers (especially relatable peers) die from suicide. Traumatic events that are caused by human intention (such as violence and terrorism) often have a more complex set of trauma reactions. When violence happens in a place where someone believes is a “safe place” like in the home, in places of worship or in schools the sense of fear is increased and it undermines a person’s beliefs they held to be true before the trauma.

“Factors like pre-existing stress, mental health issues and stressors after the trauma can also increase a person’s risk. The amount of exposure a person experienced is often a factor in the severity of symptoms.”

HL: Apparently this is common — Is it always survivors guilt or other causes?

BM: “Certainly survivors guilt is a common post trauma reaction that many survivors struggle with after a catastrophic event.”

HL: What kind of measures should people take after a horrific shooting occurs to get the help they need and how long should one ideally do therapy for?

BM: Immediate interventions like Psychological First Aid, EMDR and other types of evidence-based therapies should be provided as quickly as possible after an event. Ongoing treatment is really an individual consideration. Many times people will reach certain goals in therapy and conclude but may re-engage at another point in time in their life as they struggle with different aspects of the trauma.

“For example, some people might feel they are free from trauma symptoms but then find they emerge with triggers such as anniversaries, graduations, or other violent events. Sometimes years after an event, it may be helpful for someone to have some therapy because they find memories are impacting them in a negative way (for example it could be years later when someone has a child and is sending them to school they may find that they have fears that come back related to their experience.)

“One of the most important things we can do for traumatized people is to make sure they have social support and to have discussions about trauma symptoms and what can be done to treat them. People need to feel hope that things can get better.”