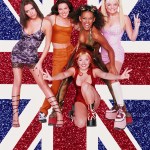 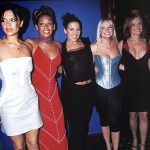 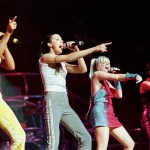 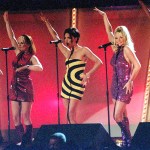 Mel B spoke to Piers Morgan about the secret fling in a new interview, telling him that ‘it just happened.’

Mel B, 43, confirmed that the rumors are true: She once hooked up with fellow Spice Girls member ‘Ginger Spice’ Geri Halliwell, 46, she revealed in a “Life Stories” interview with Piers Morgan on Mail on Sunday, the Daily Mail reported with a transcript of the video interview.

Piers asked Mel if she did or didn’t sleep with Geri. At first, Mel played it coy with her answer, saying, “Yeah, we all slept in a bed together but not ‘like that’ all of us.” Piers then pushed, asking again, “Did you sleep with Geri ‘like that’?”

Mel B responded by nodding and smiling to Piers’ question. She said, “She’s going to hate me for this because she’s all posh in her country house and her husband. But it’s a fact. It just happened and we just giggled at it and that was it.”

Piers asked how many times they slept together and Mel replied that it happened once. “We were best friends,” she explained. “It just happened.” She later said in the interview, “And hopefully when Geri gets asked that, which hopefully she will after this, she won’t deny it. Because it was just a fun thing.”

Mel, who was a judge on America’s Got Talent for six years from 2013 to 2019, was last in a relationship with film producer ex-husband Stephen Belafonte, 43. They were married from 2007 to 2017. Geri, on the other hand, has been with Red Bull Racing Formula One team principal Christian Horner, 45, since 2014. The Spice Girls are gearing up for their summer tour, beginning on May 24 in Dublin, Ireland. All Spice Girls members will join the tour except for “Posh Spice” Victoria Beckham, 44.

The band started in 1994 with Mel B, Geri, Victoria, Emma Bunton, 43, and Mel C, 45. Each girl in the group was labeled a Spice nickname: Scary Spice, Ginger Spice, Baby Spice, Sporty Spice, and Posh Spice. While the group went on hiatus after 2000, the group returned in 2007, and again in 2016. Victoria is no longer part of the group.