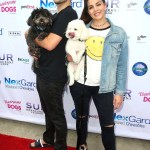 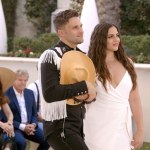 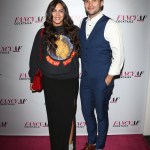 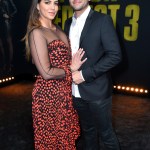 ‘Vanderpump Rules’ star Katie Maloney defended herself against online trolls, who called her ‘fat’, on March 21, and now, hubby Tom Schwartz is standing up for his woman, too!

Katie Maloney, 32, took to social media on March 21 and responded to an outraged fan, who slammed the Vanderpump Rules star and blamed her for getting James Kennedy, 27, fired from his DJ gig at SUR restaurant. “She did get James fired running to Lisa like the fat disgusting cry baby she is,” the fan wrote. Katie shared the comment on her Instagram story on Thursday and then opened up about struggling with body image issues in the past. “Imagine finally finding the courage and strength to finally love yourself enough to stand up for yourself to then be ridiculed and torn down again,” she wrote. Although Katie’s husband of two years, Tom Schwartz, 36, is known for avoiding confrontation, he rushed to her defense in an EXCLUSIVE interview with HollywoodLife. “I’m pretty disgusted by some of the things people say about my wife online,” the TomTom co-owner said.

“We know you gotta [sic] take the good with the bad,” he continued. “We have chosen to share our lives with the public and understand it can elicit some strong opinions which for the most part we enjoy. Lately though, they have been so toxic and seething.” Tom and Katie have been a staple on the hit Bravo reality show since Season 1 and their romantic forest wedding was even featured on the series. “My initial reaction when I read something like, ‘Your wife sucks and she is fat’ is to want to retaliate and verbally roast that coward into oblivion. But that urge quickly dissipates (usually) and I remember that whoever wrote that, is not a happy person. They are probably projecting their insecurities and inadequacies onto her,” Tom added.

“We love when people are engaged with the show and can take criticism and good roasts but if you are constantly spewing hateful things online let me tell you, you suck,” he clapped back. “We are happier than ever, chasing dreams and I love my beautiful wife. She’s sexy, funny and I can’t wait to spend the rest of our lives together.” Although in the past Katie and Tom’s rocky relationship has been well documented on the series, the two are clearly in love and doing better than ever!

“Yeah our weight fluctuates here and there, who cares? We are healthy overall, work out all the time and feel good,” Tom explained. “I still have some love for the salty trolls. I know most of them don’t mean it. Most of them probably have a horribly unhealthy addiction to social media. Most of them probably have a horrible sense of self and self love. So here’s a verbal hug for the salt trolls. Go outside and soak up some sun. Go spread some positivity and see how that feels. Lift people up! Lift yourself up.”

Fans saw Katie have the courage to approach her boss, Lisa Vanderpump, and address the fat-shaming comments made by James. During the Dec. 23 episode of VPR the SUR waitress said, “I am not willing to work in a place where that is tolerated.” Just two episodes earlier drama arose when James and Katie became engaged in a heated argument at SUR’s Pride event and James shouted, “Those shorts aren’t working for you, babe. Lose some f***ing weight.” Ultimately the British restaurateur fired the DJ although she has let him back for special events and fans will have to keep watching to see what happens next!

Tune into Bravo on Mondays at 9pm to watch more Vanderpump Rules!