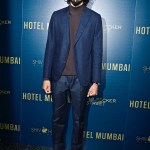 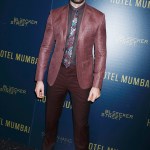 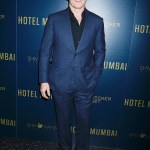 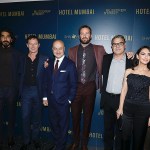 Dev Patel opened up to HollywoodLife about going extra lengths to ensure his portrayal of a turban-wearing Sikh hotel worker was authentic in ‘Hotel Mumbai.’

In the new, true story film Hotel Mumbai, Dev Patel plays Arjun, a waiter at the Taj Mahal Palace in India, which was notably attacked by Lashkar-e-Taiba, a Pakistani-based terrorist group on November 26, 2008. Based on the events from the 2008 Mumbai attacks that ended with more than 170 people dead, the Anthony Maras film focuses specifically on the Taj Mahal Palace, which was the hotel to many politicians, stars and foreigners. Dev’s Arjun is a simple, devout Sikh man whose wife is expecting her second child. To prepare for the role, the actor revealed to HollywoodLife in an interview that he spent extensive time in India to get acquainted with the culture and the Sikh religion.

“I went to India for a month, went to a Sikh community in Islam, but actually it was fascinating because it was just incredible place,” Dev told HollywoodLife at a Cinema Society hosted screening of Hotel Mumbai at the MOMA in NYC. “I went to the Gurdwara, which is a place of worship. You have to take your shoes off and put it in a kiosk, and underneath the kiosk there was a poster that translated to “My turban, my pride,” and that was one of the big catalysts for the character.” Arjun’s piety plays an important role in the film, specifically when a white hotel guest questions his turban, and he goes on to show her photos of his family while taking the time to explain why it’s important for him to wear the Sikh headwear. On the heels of the horrific massacres at mosques in Christchurch, New Zealand, the message Dev sends through his character is much-needed.

The British actor also added that he “spent a lot of time with the accent and just getting the city under my skin” to perfect his representation of Arjun. Dev added that the cast “purposely kept our distance” from the victims of the 2008 Mumbai attacks, which left over 290 people injured. “We didn’t want to drag them through it. My character’s an amalgam of a real person. It’s something I created, so there was no need to,” he said.

Hotel Mumbai hits theaters in New York and LA on March 22, and goes wide on March 29.