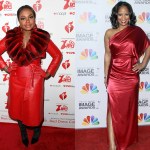 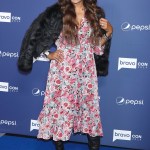 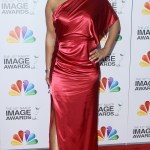 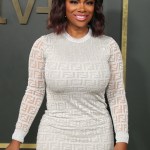 Kandi Burruss has had enough of Phaedra Parks, and Kandi told HollywoodLife EXCLUSIVELY if Phaedra were to ever return, Kandi would be done with ‘RHOA.’

Even though she’s been a mainstay on Real Housewives of Atlanta for nine seasons – almost since the beginning! – reality star Kandi Burruss, 42, revealed to HollywoodLife EXCLUSIVELY that she’d ditch the entire franchise if former co-star Phaedra Parks, 45, would come back to the show.  “There’s only been like one year that I had to kind of like question if [the show] is really worth it,” Kandi said, referencing all the drama that went down between her and Phaedra back in the season nine reunion episodes with the rest of the RHOA cast and host Andy Cohen, 50.

“Obviously it was that year when the whole craziness with Phaedra happened, you know,” Kandi continued. “So that was the only year that I kind of questioned it, because I was like, okay, this is too much.”

Kandi went on to describe what was too much for her, saying it was the “attacking” of her “character” and “making up stuff” about her. “But outside of that, I’ve been cool,” she said. “I feel like it’s been a great platform for people to learn more about my businesses and different things that I’ve wanted to do, to work on. I’ve built up so many fans from the show that support all the things that I’m doing, so I love it for that.”

Kandi also revealed that she hasn’t heard from Phaedra again, since those season nine episodes. “I just think it’s kind of crazy when you don’t even realize you’re in a battle with a person to the point where they would make up stuff about you,” Kandi said. “I wouldn’t even ever known she was doing that had Porsha [Willams, 37] not told it at the reunion.” Kandi said she “wouldn’t be dealing with it” if Phaedra were to return, although she admitted she doesn’t have input on the cast of the reality show. Kandi said Phaedra returning would be her exit.
The friends-turned-enemies had been on the show together for six seasons, with their friendship getting tainted by more and more drama. The breaking point for their friendship was when Kandi discovered on the season nine reunion episodes that Phaedra had claimed to Porsha that Kandi and her husband Todd Tucker allegedly drugged and attempted to take advantage of Porsha. Kandi was visibly upset on the after show, crying at the accusation which she denied. Even though Phaedra eventually apologized to Kandi for saying that to Porsha, the friendship between Phaedra and Kandi has never repaired since.