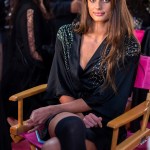 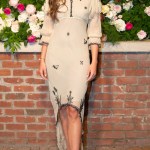 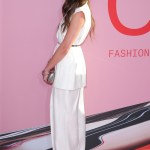 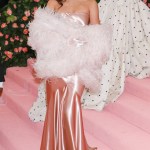 Many girls dream of becoming a Victoria’s Secret model and Taylor Hill is lucky enough to be one, admitting she doesn’t take it for granted. Taylor reveals to HollywoodLife EXCLUSIVELY how she manages to stay in shape and why she loves being an Angel.

Taylor Hill, 23, has been a Victoria’s Secret Angel for four years, but every day feels like a dream, she told HollywoodLife.com EXCLUSIVELY at the release of the Victoria’s Secret Tease Dreamer fragrance collection at Simon House in LA on March 12. Taylor revealed, “I think the best part is being surrounded by such confident, strong women. All of the Angels make me want to be better and inspire me every day. Being an Angel has allowed me to be my most confident, sexiest self.” To prepare for a photo shoot or the runway, she shared, “I try to keep my best self all year around, but when I know I have a big shoot or show coming up I like to kick up my workouts. I’m really into strength training before big shoots.

“I don’t really diet, but I just try to eat clean foods to feel my best. When I’m done, I love to just chill out and order a pizza,” Taylor admits. The model, who is a tall 5-foot-11, is known for her amazingly long and lean arms, which she admits, she owes all to her trainer, Lauren Duhamel. Lauren helps her to target her arm muscles in every workout they do together. “I really work with my trainer with weights to lengthen and tone. We alternate between heavy and light weights to target all the small muscles in my arms,” she shared.

Although she officially became a VS Angel in 2015, Taylor has been walking the coveted Victoria’s Secret Fashion show since 2014 when she was just 19-years-old, making her the youngest model in the show and the youngest Angel ever. Since landing the gig, she has walked in a total of five VS Fashion Shows all across the world in addition to starring in multiple campaigns for the brand. Since becoming an Angel, other modeling opportunities have opened up for her including her partnership with Joe’s Jeans as well as becoming the face of Lancôme.

While Taylor had a lot to share about why she loves being an Angel and how she maintains her figure, she noted that she could not have done it without the support of her fellow VS Angels, specifically Behati Prinsloo, 30. “I really look up to Behati. She has always been a role model to me. Her energy is amazing and she’s a very genuine, funny person. I remember when she first took me under her wing and ever since I’ve thought of her like a big sister,” Taylor gushed about her fellow Angel.