Karlie Kloss, 26, and Joshua Kushner, 33, kept their romance highly private ever since they began dating in 2006. Now, the reason that the couple was so publicity shy for six years, may have been revealed in an explosive new book — Kushner, Inc. — written about the Kushner family (yes, Jared Kushner‘s family), by New York Times best-selling author, Vicky Ward. Ward reveals that Josh and Jared’s religious Jewish parents disapproved of the relationship that their younger son had with Karlie, who wasn’t Jewish.

The Kushner parents, Charlie and Seryl, were not thrilled, to say the least, that Josh was dating Karlie, and furthermore that she was a top model, whose work included appearing in the Victoria’s Secret Fashion shows. Neither FYI were they happy when Jared, now 38, romanced Ivanka Trump, now 37. Ultimately, Ivanka converted to Judaism before the couple’s marriage in 2009.

The situation for Karlie and Josh was highly uncomfortable, Ward writes in her book. “For years, people told me, the whole family spoke horribly about Kloss behind her back. A family friend referred to her as ‘the lingerie model,'” Ward reports. She also wrote that Josh told the former chief economic advisor to President Donald Trump, Gary Cohn and others that he was not allowed to bring Karlie to holiday family gatherings. “For six years they (his parents) refused to meet her.” 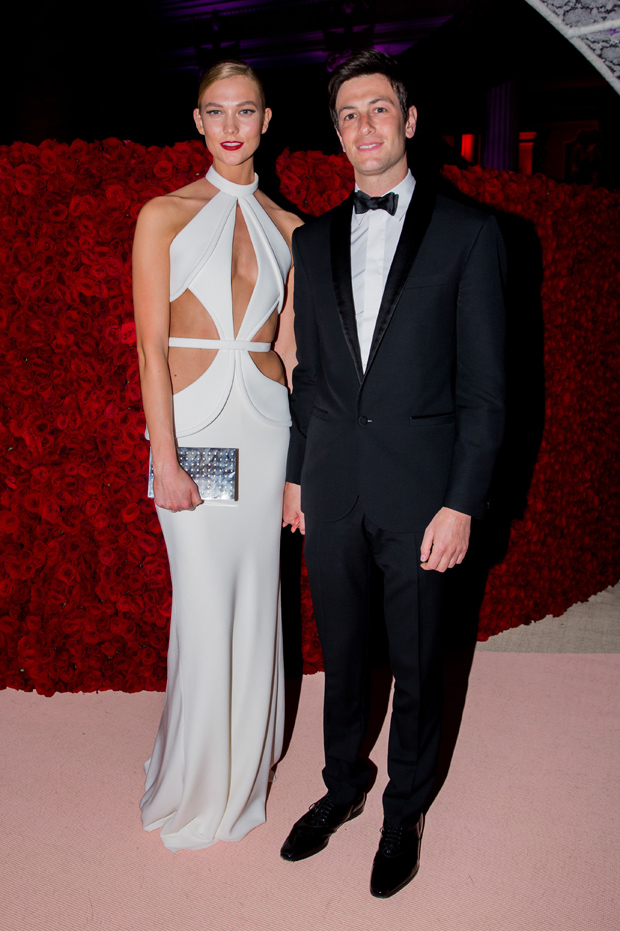 When Josh first started dating Karlie in 2012, Jared reportedly told an editor at the New York Observer newspaper, which he owned at the time, that “the family is going to take care of that. We’re not very happy about him dating a ‘shiksa.'” — a disparaging Yiddish word for a non-Jewish woman. “We’re hoping he’ll move on… she’s not the smart,” reports Ward.

Not surprising in the face of this opposition from the Kushner family, Karlie converted to Judaism, just like Ivanka, before her marriage to Josh in October 2018. While Josh’s parents came around to accepting Karlie, now a host and executive producer of the hit Bravo show, Project Runway, it certainly was a tough road for the young couple.

And, as author Ward points out, Kloss is an “admirable role model and champion of women in the workplace.” She launched a nationwide summer camp for teen girls interested in technology when she was just 22, called Kode With Klossy. She posts interviews with pioneering women in science, technology and math on her 741,000 subscriber YouTube channel. Karlie was even named one of the year’s most influential people by Time, in 2016.

Now, while Josh and Jared may be brothers, and Karlie and Ivanka are sister-in-laws, the political views of the two couples are completely different. Jared and Ivanka controversially serve in the white house as advisors to Donald Trump, while Josh and Karlie were photographed at the March for our Lives in D.C. to protest gun violence. Josh was also spotted at the D.C. Women’s March in 2017.

Karlie even spoke out on Instagram on November 5, the date before the 2018 midterm elections: “96 Americans are killed by guns every day. Bring your thoughts and prayers to the polls tomorrow. #Vote”. Kudos to Karlie for standing up for her own values, despite marrying into a family that disapproved of her for so many years.