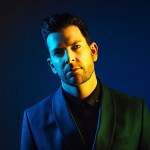 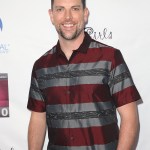 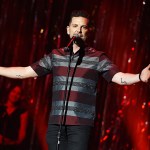 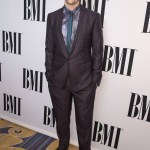 The talented singer explained how his marriage inspired what just might be his sexiest single yet in an EXCLUSIVE interview.

Music lovers may know Chris Mann, 36, from his time on the NBC’s The Voice, or from his stint behind the mask as the lead on the Phantom of the Opera national tour, but the singer is entirely focused on his original music this year. The Kansas native is readying the release of his forthcoming album, Noise, and is unveiling the long-awaited record track by track for fans. His latest single, “Gentleman,” was released in February, and it’s a lively anthem that will have you up and dancing. Thanks to a collaboration with Grammy-winning artist India.Arie on the album, and his latest already drawing comparisons to the likes of Justin Timberlake, the album is set of be chock full of certified hits! We caught up with the musician to chat all about his new music, and take a look back at his iconic chart-topping duet with superstar Christina Aguilera.

What were your earliest memories of music?

One of my first memories would be my grandfather playing Frank Sinatra. So, I love all of that big band music…Nat King Cole and Sinatra. But, I also grew up in the NSYNC, Britney Spears, Christina Aguilera era, so I was very much like wishing that I was in NSYNC, when singing constantly in the bathroom mirror.

That’s such a diverse list, but it probably only helps your music in the long run.

I like it. I certainly appreciate and understand a lot of different genres, and I have fun with that. And certainly, through my recordings over the years, you can see each of those things sort of peek through, depending on what project I’m doing.

Your new album is currently slated to be titled Noise. Why that name?

“Noise” was actually the last song that I wrote for it and when I wrote it, it just clicked and it made sense. I just love this record. I’ve been working on it for like 18 months, and it’s everything that I love about music in my soul. I was like, ‘I need to get away from making the record that people expect from me at this point and get back to what I actually get excited about doing.’ And so, that is pop music that I’ve written with urban influences, with vintage influences, with horns, with beats, with both R&B harmonies.

It is really kind of a call to action for people to make noise for whatever they believe in, but it was also a therapy for me to let people know that I won’t be silent in any way. And so, it’s really a super fun song. This album is about me making a bunch of noise.

“Gentleman” is your most recent single. Can you tell me about making that one?

“Gentleman,” that is one I wrote that with my co-writers, and set the tone for the whole record. I was like, ‘This is exactly what I feel like I want to sound like right now.’ And I walked into that session with “Gentleman” because I’m married, I have a one and a half year old son. I love being married, it’s just part of my life, and I felt like I just wanted my pop music to be sexy like I feel. And that’s how I’m living right now. It’s like grown and sexy man pop, and that’s sort of what inspired the whole thing.

How did you link up with India Arie?

India has been an influence to me for as long as I can remember as a musician, and as a fan. I fell in love with her first record and “Ready for Love,” that single. And right after I moved to LA, I had been signed to Sony at that time. I moved here and was actually in Diane Warren’s studio, the songwriter, and she said, ‘Let me finish up with India in the next room and I’ll come back and we’ll start our day.’ I practically pushed her out of the way and busted into India’s session like an asshole and introduced myself.

The Voice definitely helped propel you to fame. Do you have a favorite memory from the show?

When I sang “The Prayer” with Christina, that’s who I wanted, that’s what song I wanted to do, that was the moment I wanted to do it and going all the way to the end with her and getting to do that song was, for sure, a really amazing opportunity.

Do you keep in touch with anyone from the show?

Yeah, I do. I actually just got off the phone with Alisan Porter as well. We’re gonna be doing something together in Los Angeles, so we were just sort of working out the details. But that show was sort of like a really intense summer camp where you’re kind of friends that are connected for life. I think you’re kind of bonded forever.

What else can fans look forward to from you in 2019?

I’ll be touring again. What I’m doing for the first time with this release, is that I’m gonna be releasing Noise as one single a month. I wanted to spread this music out and so I feel like I can better engage with each song with my fans as I spread them out. So, I’m really excited to have this release concert March 28th here in Los Angeles, and that’s really the kickoff for each of these songs to come out over the next number of months!

Chris Mann will debut his album, Noise, in concert on Thursday, March 28th, 2019 at the Peppermint Club in West Hollywood.