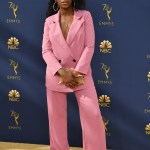 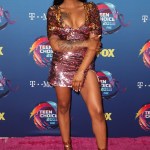 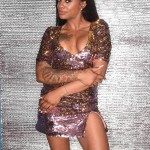 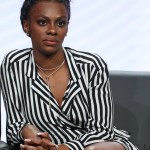 Comedian Jess Hilarious shared a video that she was ‘scared’ of turban-wearing Sikh men who were boarding her airplane.

After posting a video on social media of her gasping and asking, “Where are you going?” directed toward a man wearing a turban, actress and comedian Jess “Jess Hilarious” Moore, 27, has suffered much backlash on Twitter from users who have deemed her actions as “Islamophobic.” (However, the person she was bashing was actually a Sikh and one of four Sikh, turban-wearing passengers who were boarding the airplane.) For those of you who don’t know much about the entertainer, read on for five facts about her.

1. A video of her went viral in March 2019, in which she said she was scared of a Sikh man boarding a plane in a turban. Jess defended herself, saying, “If I’m scared, I’m scared. F*** y’all. F*** how y’all feel. Y’all mad at me because I don’t side with every other black person. Cause I don’t side with every other race. F*** y’all. I feel how I feel, I felt threatened, and that was it. F*** y’all, and I’m not flying in there. We were evacuated b****. Why? Why was no reason explained at all? No technical difficulties or nothing? Y’all gonna listen to ‘Jess with the Mess’ one day. ‘Cause my news is real.”

She later posted another video of herself boarded on the plane, saying she didn’t see the man with the turban that she was scared of earlier. She said, “Eat my *ss.” She then posted a few Instagram Stories with written text and said, “Look y’all I’m not racist & never have I ever been… We have Muslims in my family. However I was totally uanware of the different types of Muslim so yes I admit I’m ignorant to the facts so teach me.” She denied getting anyone kicked off the plane and apologizes to “all Muslims.”

2. Her first television role was Face Value in 2017. Jess played herself on that show, as well in her next television credit, All Def Comedy. On television series Rel, Jess currently plays the character of Brittany.

3. She is originally from Baltimore, Maryland. Jess is 27 years old, and was born on Feb. 16, 1992, making her sun sign an Aquarius. She has one son, whose name is Ashton. She said in an Instagram post, “Can’t wait for another one [baby], but I gotta wait because TV need me… but LORD I can’t wait.”

4. Jess has appeared on Wild ‘n Out, which was where she gained comedy notoriety. Jess performed on the show’s ninth season, which aired in 2017.

5. The comedian has a large Instagram following. She has more than four million followers who tune in for her funny clips and pictures.