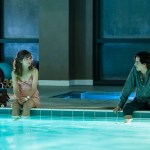 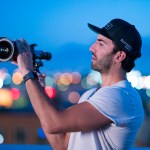 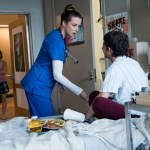 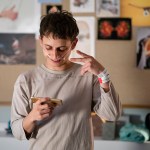 Five Feet Apart follows Stella and Will, two teenagers with life-threatening illnesses who meet in a hospital and fall in love. “At its core, Five Feet Apart is a love story. And every great love story has an obstacle,” director Justin Baldoni says in our EXCLUSIVE behind-the-scenes video. Stella suffers from cystic fibrosis and is waiting for a lung transplant. She falls for a guy named Will, who has a bacteria that could kill her.

About 7 years ago, Justin decided that he wanted to focus on making a difference in the world. “One of the ideas was My Last Days, a show about living told by the dying,” the Jane the Virgin star says. While working on the show, he met a woman named Claire Wineland, who had cystic fibrosis. “She was able to formulate a number of her thoughts about the experiences of a person living with CF,” producer Cathy Schulman notes.

“Justin is truly passionate about the source material,” Cole Sprouse, who plays Will, says in the video. “It was his passion about this project that really, really brought me to it.” Haley Lu Richardson, who plays Stella, adds: “He [Justin] keeps the energy positive and loving and creative.”

Five Feet Apart is Justin’s feature directorial debut, and this project is near and dear to his heart. “The one thing I can tell you about being friends with people with chronic illnesses is the things that many of us take for granted are the things that an entire group of people are fighting for,” he says. Rachael Lippincott’s book was based off the Five Feet Apart screenplay. The movie was released in theaters on March 15.