Wells Adams loves him a pregnant Sarah Hyland… well, Haley. Sarah’s character, Haley, is pregnant with twins on the current and final season (10) of Modern Family, and Wells thinks she is beautiful while pregnant! The Bachelorette alum took to his Instagram Stories during the show’s latest episode on March 13, where he gushed over how good Sarah, 28, looks with a baby bump.

In the short video, Wells filmed the television, as the episode aired. During a scene where Haley calls herself a “disgusting pig monster,” Wells added his own commentary. “You’re not a disgusting pig monster! You’re beautiful!”, he said over the TV. The radio host captioned the clip, letting his followers know that his girlfriend makes a “hot pregnant woman”. Sarah later re-shared the video, and replied to her man that she indeed, loves him too. So, do they have babies on the brain in real life?

Well, let’s slow down. While the couple is going strong, there are no signs they’re looking to take that step in their relationship just yet. And, let us remind you that Sarah’s character is pregnant on the show, not her. The actress has shared behind the scenes photos of her sporting a prop bump on set of the hit ABC comedy. 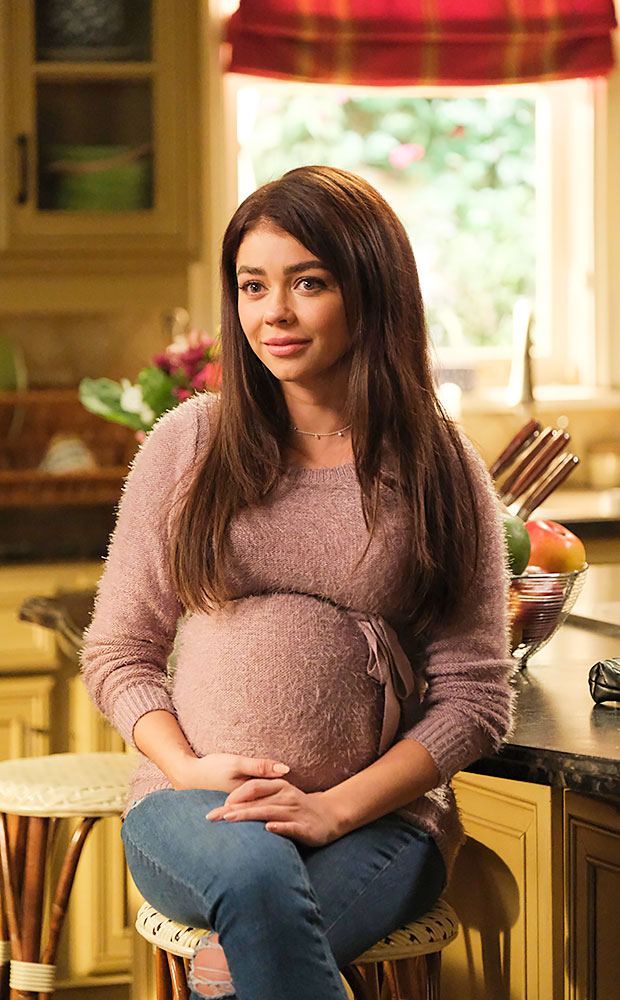 In early January, Modern Family viewers learned that Haley is pregnant with twins! During a routine doctor’s appointment, Haley heard two heartbeats for the first time during an ultrasound, and she panicked upon hearing the news that she was having two babies instead of one.

One day after her character’s pregnancy was revealed on the show, Sarah shared a photo on Instagram, showing off her faux baby bump. “Well I guess the cat’s outta the bag!!! Or more like the bump’s outta the shirt!….. that was a horrible joke. I apologize,” she captioned a mirror selfie of her bump, with some of the show’s crew members in the background.

Well I guess the cat’s outta the bag!!! Or more like the bump’s outta the shirt!..... that was a horrible joke. I apologize.

Modern Family is slated to end after its 10th season ends, which is currently on the air. The show airs Wednesdays at 9 PM ET on ABC.