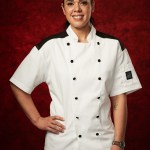 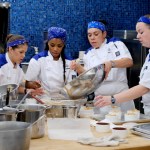 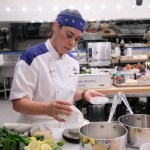 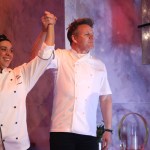 Chef Ariel Fox dominated ‘Hell’s Kitchen’ Season 18 and came out on top as the winner, and now she’s settling in to life after victory! Find out what she’s planning to do following the show!

Chef Ariel Fox absolutely crushed it on season 18 of Gordon Ramsay‘s Hell’s Kitchen, winning the coveted grand prize of $250,000 plus a head-chef position at the world’s first Gordon Ramsay Hell’s Kitchen restaurant at Caesar’s Palace Las Vegas. However, Ariel chose to forgo the opportunity to move to Las Vegas and run the kitchen, and instead helps the restaurant with events and currently serves as the Concept Executive Chef of Dos Caminos in NYC. “I love what I do, and I love overseeing Dos Caminos. I do feel like, now, after the show, I have so much more to offer the world and I love helping people,” Ariel, who just welcomed a sweet little girl to the world, revealed in an EXCLUSIVE interview with HollywoodLife.com. “This show has awarded me so many opportunities and a lot of visibility. I’ve been approached by a production team to work on a project, which is exciting. I want to get more on the tastemaker side of things. I think I’ve proven myself and I’m someone who knows what they’re doing. Competing’s great, but I’d love to do some guest judging and some hosting would be awesome.” We couldn’t agree more!

Ariel was actually a veteran of Hell’s Kitchen, having competed on Season 6 and coming in third. “I think with Season 6, I didn’t know what to expect. I just didn’t want to look like a fool or make many mistakes. I played it really safe the whole time, I never really stood out,” she admitted. “This time, I was prepping by saying, ‘Do everything you can to not play it safe. And if you’re not uncomfortable, then you’re not trying hard enough.’ And that’s what I told myself every morning, ‘Don’t get to a comfortable place.’ In fact, I never once made something that I had actually made before.”

The freckle-faced chef is currently working on a cookbook, as well, and promises we’re going to love it! Until then, you can actually learn to cook WITH Ariel Fox at Dos Caminos. The restaurant is offering a Chef Series at their Park Avenue location on March 20th, which will feature a 4-course dinner paired with premium tequila. Plus, Ariel will teach you to make her amazing guacamole! Follow her on social media @chefarielfox for ticket information!