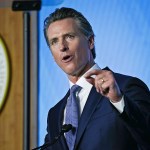 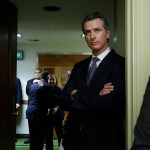 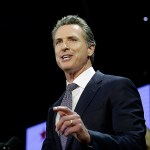 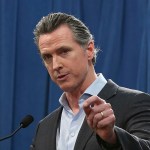 Gavin Newsom, the newly-elected governor of California, just made his first major executive decision: putting a moratorium on the death penalty in the state. Learn more about why he’s doing so, and the man himself.

Gavin Newsom, the superstar former mayor of San Francisco, now governor of California, is making waves again with his first major executive order. The death penalty in the state of California is officially halted, saving the lives of over 700 inmates currently sentenced to death. It’s unclear how long the moratorium lasts, but it will at least be until the end of his governorship, whenever that should be. Find out why Newsom decided on the moratorium:

1. He announced a moratorium on the death penalty on March 13. The order grants a reprieve to the 737 inmates currently sitting on California’s death row. Newsom said that he couldn’t, in good conscious, sign someone to death, calling it a “personal” and “moral decision.” He cited the criminal justice system’s disproportionate conviction rate for minorities, as well as economic inequalities as reason for halting death sentences.

“The American justice system is completely broken, and we all are perpetuating it,” Newsom said in an interview with ABC KGO. “The systemic racism, the implicit bias, the overt bias, the whims of prosecutors based on geography, based on the will of people in the moment, fear and anxiety…. until we address that I don’t think we can do what Saudi Arabia is doing and what North Korea is doing.” After his March 13 address announcing the moratorium, the governor tweeted:

“We can no longer allow the death penalty to be a part of what defines us. That begins today in California. The death penalty has been an abject failure. It discriminates based on the color of your skin or how much money you make. It’s ineffective, irreversible, and immoral. It goes against the very values that we stand for — which is why CA is putting a stop to this failed system.”

3. He’s the former mayor of San Francisco. Newsom was elected mayor in 2003, and held the office until 2011. During his tenure, Newsom gained national attention for his support of same-sex marriage, especially during the California Prop 8 battle. He directed the San Francisco county clerk to issue marriage licenses to same-sex couples, which in 2004 was a violation of state law. Though those marriages were later annulled because of that, he gained the support of the gay community and pushed forward the framework for state-wide same-sex marriage.

He was a vocal opponent of Proposition 8 during the 2008 election, a ballot initiative that would reverse the California Supreme Court ruling that said there was a constitutional right to same-sex marriage. While Prop 8 unfortunately passed, it was, of course, overruled in 2015 when the Supreme Court of the United States made same-sex marriage legal on the federal level.

We can no longer allow the death penalty to be a part of what defines us. That begins today in California. https://t.co/7baNcPP3OR

5. President Trump is not happy with Newsom’s decision. Unsurprisingly, Donald Trump supports the death penalty. He tweeted after Newsom’s announcement, “Defying voters, the Governor of California will halt all death penalty executions of 737 stone cold killers. Friends and families of the always forgotten VICTIMS are not thrilled, and neither am I!