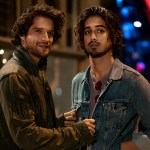 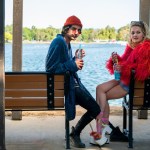 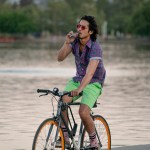 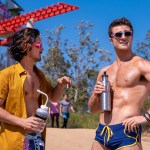 Tyler Posey is taking on a new and very different role in the series ‘Now Apocalypse,’ which premieres March 10. HL spoke EXCLUSIVELY with the actor about the show he says ‘doesn’t follow any sort of traditional criteria.’

Tyler Posey feels right at home on Now Apocalypse. The 27-year-old actor, who rose to fame on MTV’s Teen Wolf, plays Gabriel in the all-new Starz series that follows a group of young people who are on various quests pursuing love, sex, and fame in Los Angeles. This isn’t your average coming-of-age series. There are some aliens and other crazy phenomena going on. HollywoodLife spoke EXCLUSIVELY with Tyler about why he wanted to do a show like Now Apocalypse.

“For me, as an actor, I don’t really go after things that I am like, ‘Oh man! I need to sink my teeth into that! I need an Academy Award with this.’ I do things that I think are really cool and something that I would have a really cool experience doing and look back and be like, ‘That was sick!’ Everything about this is that and [showrunner] Gregg Araki is a person I have known for years and I look up to him,” Tyler told HollywoodLife at Starz’s 2019 Winter TCA Tour After-Party on Feb. 12. “So finally getting the chance to work with him is really, really, really cool. He is so impressed with us as a group of people to carry a show and it means a lot. It restores a lot of faith in myself. Everything about this show is f**king awesome!”
Tyler stressed that this show will be anything but normal. “It doesn’t follow any sort of traditional criteria that a TV show would normally follow,” he continued. “And it is so fucking entertaining to watch and it makes you feel better about yourself. Everyone has thoughts that have been pushed down because we’re told that is not right or whatever. This show makes you feel better about it, no matter what it is. Whether you want to be spanked — I don’t know — it makes you feel good about being yourself and that is at the root of the show and there are f**king aliens!”
Now Apocalypse also stars Avan Jogia, Beau Mirchoff, Kelli Berglund, and Roxane Mesquida. The show airs Sundays at 9 p.m. on Starz.