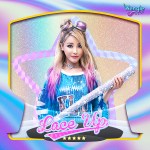 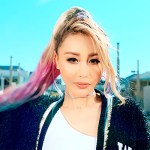 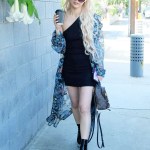 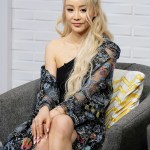 YouTube star turned singer Wengie hit it out of the park with her new video. Watch her ‘Lace Up’ with a few famous friends for the colorful clip.

Fans may know Wengie from her viral YouTube tutorial videos, but her talents don’t stop at the stroke of a makeup brush. The Australian native is now slaying a music a career and has five flawless singles already under her belt. The stunner just released her sixth, “Lace Up,” on March 9, and it’s a powerful girl power anthem for the ages! The star’s latest clip is a striking, colorful fantasy filled with vibrant spectacles. With her all-star cast at her side – Wengie is unstoppable. Fans may recognize influencers such as Matt Steffanina, Rebecca Zamolo, Cloe Couture, Sharlene Taule, and many more.

HollywoodLife talked with Wengie to hear all about making her new video, and her unlikely path from a desk job, to YouTube tutorial guru, to pop music stardom. With Wengie admitting that the road was “intimidating” at first, you’ve got to give her major credit for breaking onto the music scene like it’s nobody’s business. Catch the full EXCLUSIVE chat below!

How did you make the transition from a fitness & beauty YouTuber to a pop star?

When I started making content, I made beauty and fitness videos because they were requested by my community, and after years of making content for my viewers I decided to do what I’ve always wanted to do for myself, which was music! In fact, I did start off making music videos and covers but they were so intensive to make that I had to give them up for a little while! The great thing about the internet is you have the freedom to make what you like.

Was that intimidating at all?

This journey is incredibly intimidating to me, it’s the most intimidating thing I’ve done so far! I’m so lucky to have such a solid team around me including my music manager Danny Lee from Asian Agent to guide me through, because no one does anything great alone! But courage is being afraid of something and doing it anyways, right?

What inspired you to leave your corporate nine to five job and pursue your dreams?

Leaving my corporate job was one of the hardest decisions I’ve made, but one I’ve never regretted. I was paid over six figures at the time and I was the youngest person I knew with that kind of salary so it wasn’t like I was leaving a horrible job, In fact, I quite enjoyed it! But, I’ve always wanted to be my own boss and have always been drawn to be an entrepreneur… I was only able to do this because I was inspired by so many entrepreneurs before me.

Tell me about the story behind “Lace Up” and the music video for the track.

“Lace Up,” which coincides with International Women’s Day, is a ‘girl power’ song! It’s about a girl who had her heart broken then realized that she put all her self worth in how the guy sees her and now it’s time to “Lace Up” and take back the control! She now sees her value and her previous ‘bae’ obviously regrets letting her go. But, it’s too late because you don’t need anyone to define your self-worth as there is someone out there that will appreciate it.

How did you team up with superstars like Matt Steffanina, Rebecca Zamolo, Cloe Couture and more for the music video?

I worked with Matt Steffanina on my first YouTube rewind in 2017. He taught us the dance routine for it and it was so fun! Rebecca and Cloe are dear friends who I’ve also collaborated with so it’s so amazing to be able to include your friends in your music video and just have fun.

What was it like working with Michel “Lindgren” Schulz & Melanie Joy Fontana?

I was lucky enough to work with Melanie Fontana who wrote for Justin Bieber, Britney Spears, The Chainsmokers, BTS and TXT and her producer/husband (Lindgren). We also worked on “Ugly Christmas Sweater” which was an amazing experience that went trending in five countries including #1 on YouTube in the U.S. They always make the whole process so fun and Melanie’s Songs are my everything – so catchy and bright! Despite their success, they are so down to earth and make everything less intimidating and so easy! They are family to me now including their adorable cat Vanderbilt! (Yes, I’m a crazy cat lady!)

A lot more Asian stars are finally getting the spotlight. Any plans on collaborations with superstars like BTS or TXT?

It would be a dream to collaborate with BTS and TXT but I technically already work with their songwriter, but I have a collaboration that’s just as exciting coming up with an amazing Filipino artist Inigo Pascual who currently holds the most viewed music video on YouTube as a local artist. We have a K-Pop format inspired track that’s going to be in English and their native language Tagalog. Bringing awareness to new cultures and raising awareness around diversity is also a huge passion of mine.

Some of your favorite singers that you’ve covered include Taylor Swift & Justin Timberlake. Who else would you love to cover in the future?

I’m also a huge fan of Ariana Grande and Bruno Mars! But – I’m really focused on my original project so stay tuned for more originals.

What upcoming projects are you working on?

Furthering the conversation along diversity and inclusion, I’ve decided to work on a global project called ‘World Wide Wengie’ where I collaborate with artists from all over the world. It’ll be a great way to introduce artists and cultures from all over the world to my fans. I’m so excited for this as I haven’t seen it done before!

This interview has been edited and condensed for clarity.