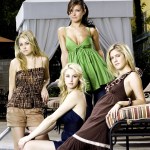 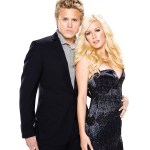 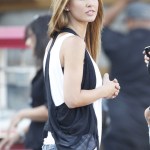 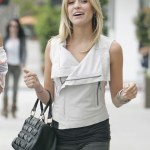 Whitney Port just dropped a bombshell secret about the legendary trip to Paris that Lauren Conrad famously turned down on ‘The Hills.’

Lauren Conrad will always be known as the girl who didn’t go to Paris, but she might never had had the opportunity to be the girl who did. Conrad’s The Hills costar and former Teen Vogue “fashion closet” coworker Whitney Port opened up in an interview with Vogue about the iconic trip that Conrad passed on, claiming that it wasn’t actually a real internship opportunity. Port, who was chosen to go to France when Conrad opted to spend the summer with her then-boyfriend Jason Wahler, revealed that she filmed a departure scene curbside at LAX, just to turn around and go right back home.

“That was so ridiculous,” Port told the magazine while promoting the show’s reboot, The Hills: New Beginnings. “It wasn’t an ideal situation, but I thought, okay, this is good for me because I really was pursuing a career in fashion. I thought it showed that I was down and determined to do this. It was very Anne Hathaway as Andy Sachs [from The Devil Wears Prada]. I got dressed up in an airport look and went for it.” The scene proved lucrative for Teen Vogue – the brand started receiving hundreds of applications for internships every day after the end of the reality show’s first season.

BTW, the infamous line ushered by Lisa Love, then Vogue and Teen Vogue‘s West Coast Director, was actually coined by Anna Wintour. In the show she said of Conrad, “She’ll always be known as the girl who didn’t go to Paris,” having originally gotten the idea from the Vogue Editor in Chief and Condé Nast Creative Director. “Anna asked me what happened with ‘the girl who didn’t go to Paris,’ and the next time I saw Lauren, I just said it,” she revealed, adding, “The writers ran with it.”