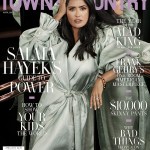 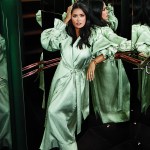 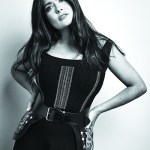 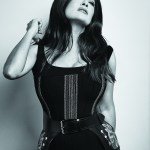 Like a fine wine! — Salma Hayek is ‘Town & Country’s April cover girl, where she stuns in a sultry, belted corset in a photo spread for the mag! Hayek hits a slew of sizzling topics in the candid interview, where she discusses her marriage, becoming a mom at 41 and plastic surgery.

Salma Hayek just gets better with age! The 52-year-old actress looks stunning on the cover of Town & Country, as well as in other shots from a spread in the magazine. In one shot, Hayek — who stars in The Hummingbird Project (in theaters March 15) — is strikingly stunning in a black top with a belted corset. She can be seen in numerous black and white portraits, posing in the corseted look, one of which can be seen below.

Hayek appeared just as beautiful on the mag’s cover. The issue’s front image was shot in a mirrored stairwell, as the veteran actress pushed back the side of her hair. She was dressed in a pale turquoise, silk dress, which featured ruffled sleeves with jewel buttons. Inside the mag, Hayek hit a ton of hot topics including her marriage, plastic surgery, fashion, becoming a mother at age 41, social media, Harvey Weinstein and much more.

One of the most interesting takeaways from her interview includes the part where Hayek was asked about plastic surgery. While she didn’t elaborate about the topic, she didn’t need to. “I haven’t done an-y-thing,” she said with confidence. That’s quite impressive and admirable for the veteran Hollywood actress, especially in today’s world of social media and other pressures celebrity status brings. 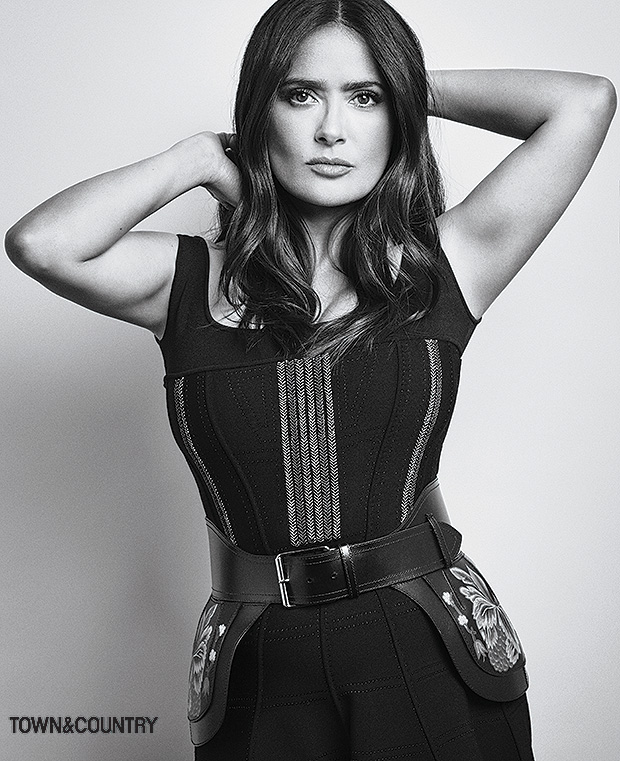 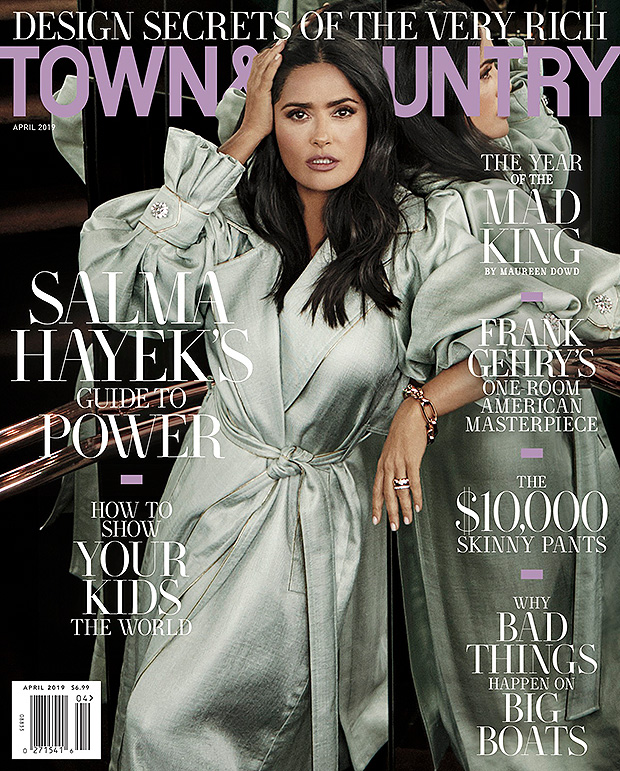 Speaking of social media, Hayek went on to joke about the struggles and joys of Instagram. “Funnily enough, I have 8.6 million followers…doing it on my own!”, she admitted. “I remember my first Boomerang. I did it, but it was without my head, and I got so frustrated I just posted it. I said, ‘Sorry, guys. I tried but I really can’t get it.’”

Later on in the interview, Hayek revealed that she’s glad she had her daughter Valentina at age 41. “I think I’m a better mother because I had her [Valentina] later,” she said. “But I do get tired, I’m not going to lie.”